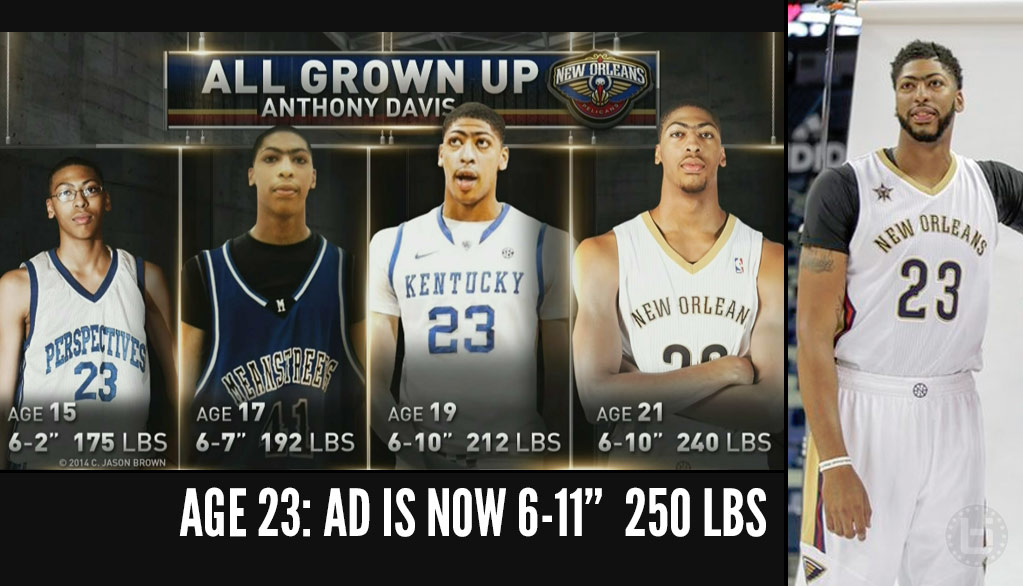 On a recent appearance on the Pelican’s podcast, The Black and Blue Report, Anthony Davis said he’s a little taller than he was since last season and isn’t really happy about it.

Does this sound familiar? Earlier this year, Kevin Durant said he tells everybody in “basketball circles” he’s 6’9″…but he tells women he’s a 7 footer.

Besides raising the brow an inch higher in the sky, the 23-year-old said he’s now about 5 to 7 pounds heavier than he was last season.

After signing a 5-year, $145 extension in 2015, Davis was having a career-year last season until he had a season-ending injury. You can expect the slightly taller and bigger Davis to return to All-NBA form and continue to set new records for himself and the possibly the league.