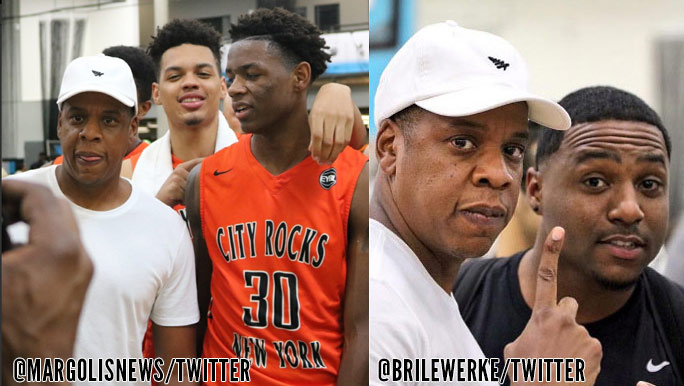 Jay-Z was a surprise spectator at the Nike Elite Youth Basketball League’s “Session IV” in LA on Saturday.

The hip-hop mogul and former Brooklyn Nets minority owner was in the house to watch his nephew, Nahziah Carter of the Albany City Rocks. The 6’6 Nahziah is the son of Jay’s older brother, Eric Carter, and has more bounce than track #9 on “Vol.2…Hard Knock Life” or any member of the Nets not named KJ McDaniels and Archie Goodwin.

On Saturday, during a six-point loss to Cal Supreme Elite, which features NBA sons Shareef O’Neal and Bol Bol, Carter scored 20 points, grabbed 6 boards, dished out 4 assists and showed off his bounce by throwing down a dunk over the 7 foot Bol.

On Sunday, against Nike Phamily, which features the #1 player in the Class of 2018, Marvin Bagley III, Carter threw down a vicious 1-hand dunk over Bagley.

The dunk was Carter’s only field goal of the game but his team came away with a 10-point victory. Here’s his full highlights, which included a few nasty blocks.

As for Bagley, he had 20 points, 15 boards and 4 blocks in the loss but showed why he’s the best player in his class by toying with most of the league’s competition. Click here to watch him put up 36 points and 11 boards in a win against #1 team Howard Pulley.

He attends the Bishop Kearney High School in Irondequoit, New York. Late last year he committed to the Dayton Flyers and due to begin attending the University of Dayton in Ohio. In a Twitter statement Naz stated: “I’d like to thank God for blessing me with abilities and talents that have accumulated many scholarships for me in the sport of basketball. But with options comes choice, and I am proud to announce I have committed to the University of Dayton, a place with a great atmosphere and campus and a place where I plan to continue to develop myself academically and athletically for the next four years.” In April 2017 Naz reopened his recruitment after coach Archie Miller left for the Indiana Hoosiers. He is now in the Class of 2018 and visiting multiple different universities.

And here’s Carter talking to B/R about the time his Dad was shot by Jay, who has talked about it in the song ‘You Must Love Me“ and interviews

My father tells me some great stories from when they were growing up, and so does my grandma, but they don’t really talk about that one too much. My dad did something and they fought, but we don’t talk about it. My brothers and my sisters all know. Honestly, we usually laugh about it. I don’t know why, but we find it kind of funny. I mean, Jay Z shot our dad. That’s pretty crazy.

Back to Jay-Z the spectator, here’s a cool throwback video of him, sitting with an 18-year old LeBron James in 2003, checking out a Rucker game with a young shifty Lamar Odom. 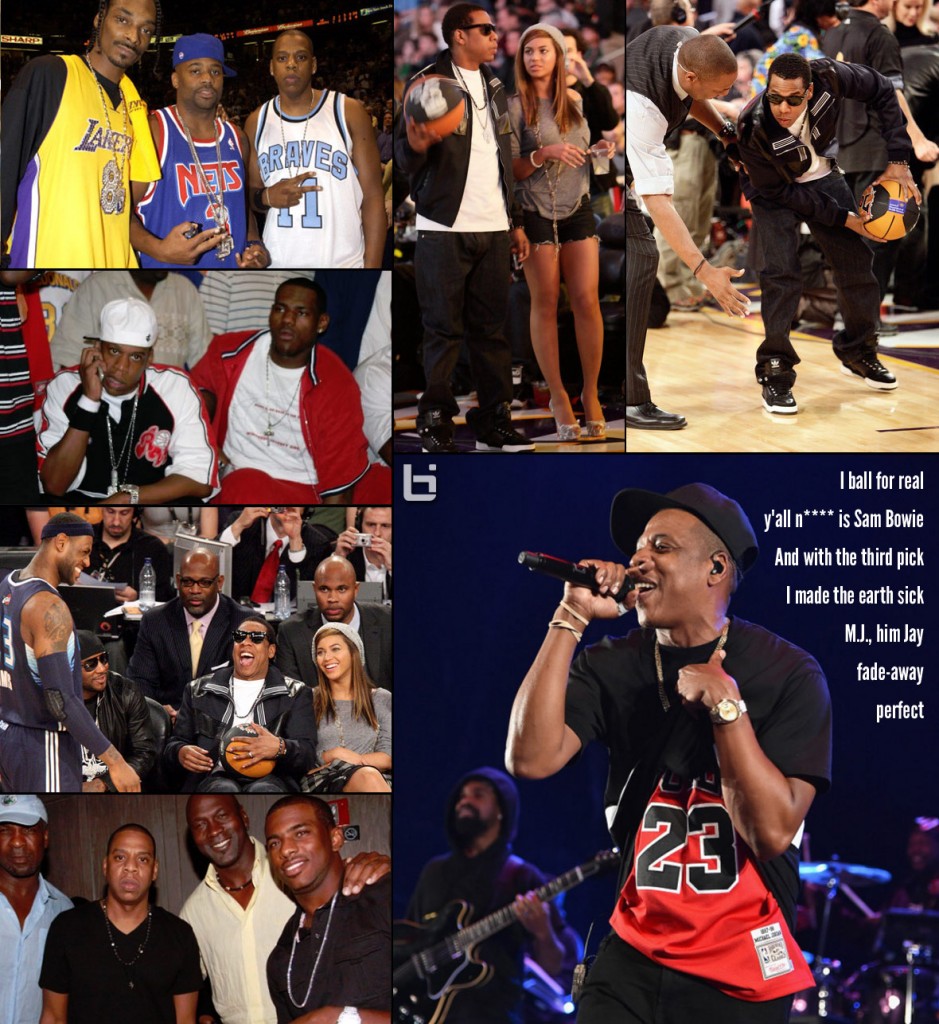