Here is LiAngelo Ball scoring 72 points a day after scoring 56 at The Battlezone hosted by Corona Centennial High School! The outburst came in a 128-108 win over Rancho Christian.

After three games, LiAngelo is averaging 51.3 points per game and his Huskies team has won 38 in a row dating back to last season. His younger brother, LaMelo, had 31 points on Wednesday, while his older brother, Lonzo, set a UCLA freshman record with 13 assists on the same night. 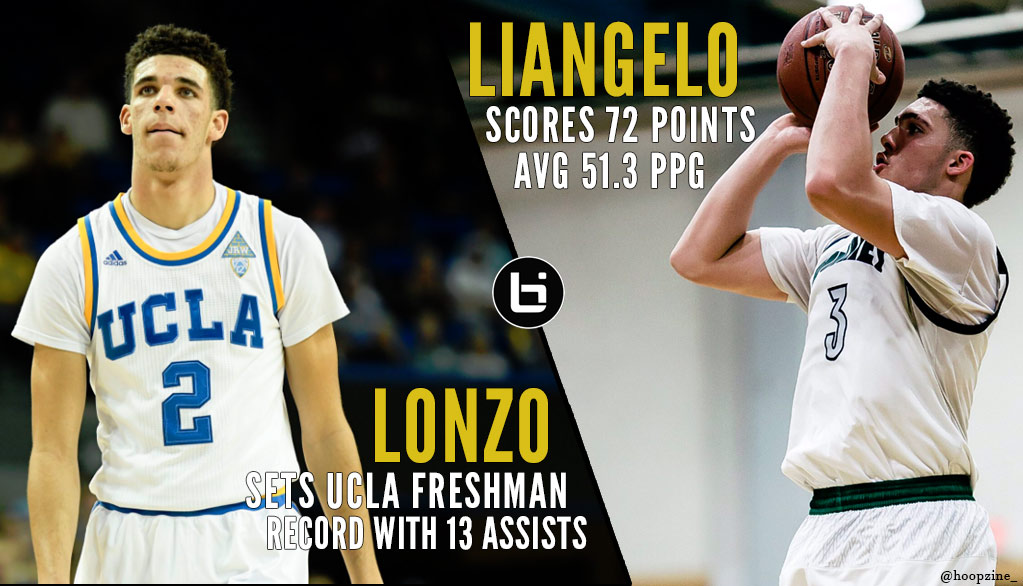