Back in 1992, 5’3 Muggsy Bogues was the leader of a young and extremely talented Charlotte Hornets team which featured Larry “Grandmama” Johnson, Alonzo Mourning. Kendall Gill and Dell Curry. Besides picking pockets, throwing lobs to high-flyers and getting Dell open shots from 3, Bogues was also good at giving helicopter rides, as evident by the video above of him giving a 4-year old Steph Curry one.

The relationship between Bogues and Curry went beyond  the locker room. In the summertime, Steph and brother Seth would go on family vacations with Bogues and his son and daughter.

After playing 5 more seasons together in Charlotte, Bogues was traded to the Warriors and Curry signed with the Bucks. 2 seasons later, they were reunited when they signed with the Toronto Raptors as free agents.

Flash forward another 15 years and Steph Curry is the league MVP on a 73-win Warriors team about to defend a NBA championship. And look who he bumped into during media day: none other than Steph’s former helicopter pilot and one of the only NBA players in the history of the game, that could make Steph Curry look big. 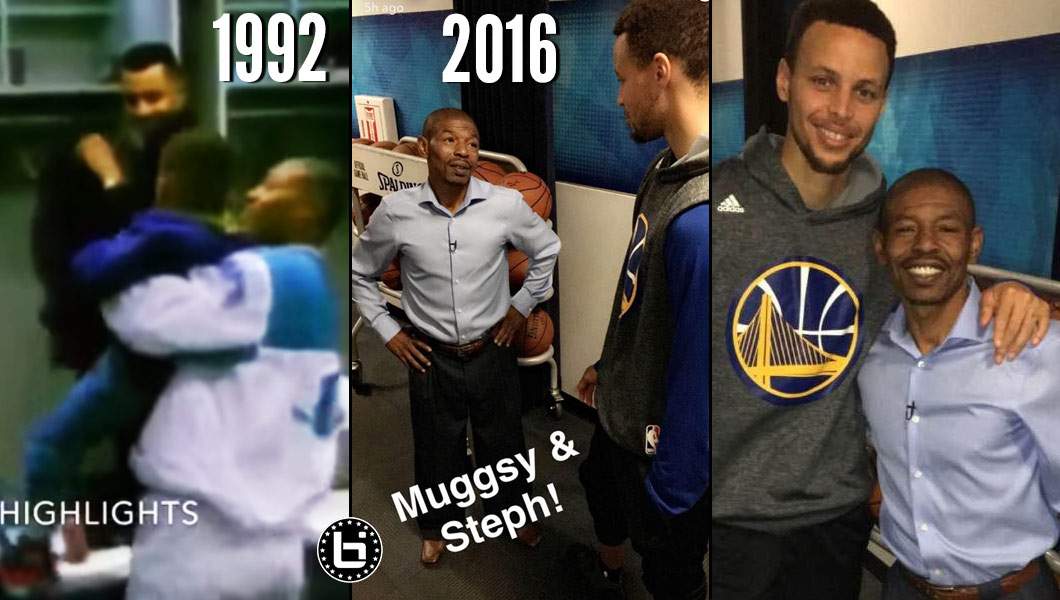 For those old school heads, like me ,who are feeling real old right now, the following video might just put you in the grave. Muggsy has a grandson – nicknamed “Fatman” – and he’s already being labeled as a potential star.