“Sir Garnett said anything is possible,” says Zach Lavine aka “the skinny one who does cool dunks” to Dame Lillard – leader of the brotherhood with 1 banner – in the latest genius episode of B/R’s ‘Game of Zones’ series.

Besides the amusing encounter between the young howling Wolves and the Blazers brotherhood, other highlights from episode 6 include James Harden trying to figure out who “AF” is (could it be that retired bastard Adonal Foyle?) and some nice shots at the Phoenix Suns franchise and their “Brick Men” as they try to attack LeBron and Kyrie Irving. 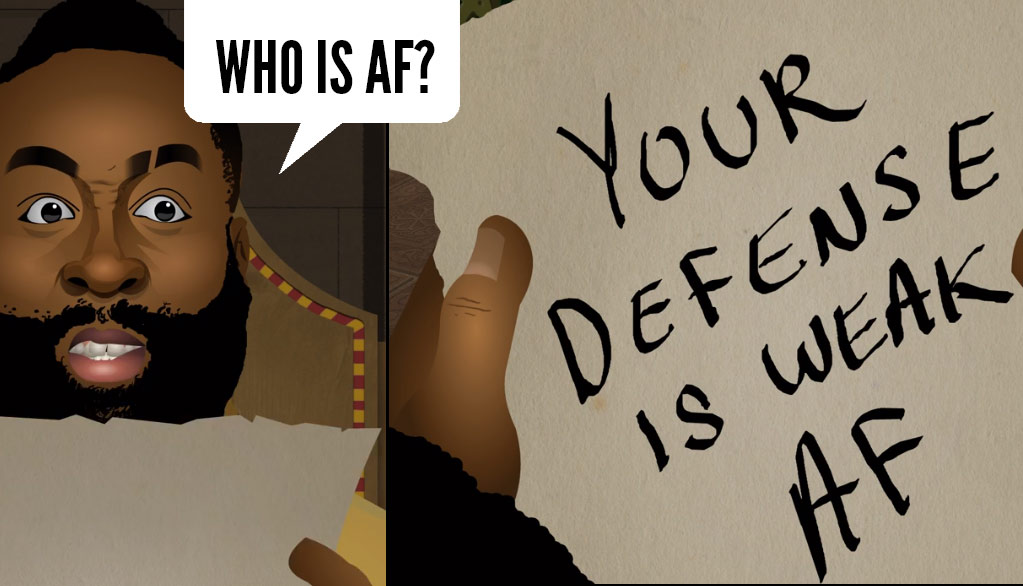