With 3.4 seconds left in regulation of the Christmas classic the NBA gave us on Sunday, Kyrie Irving once again put a dagger into the Golden State Warriors by hitting a tough game-winning shot. Unlike his memorable dagger in Game 7 of the 2016 NBA finals, this shot came against Klay Thompson since (a healthy) Stephen Curry was benched for the final play. 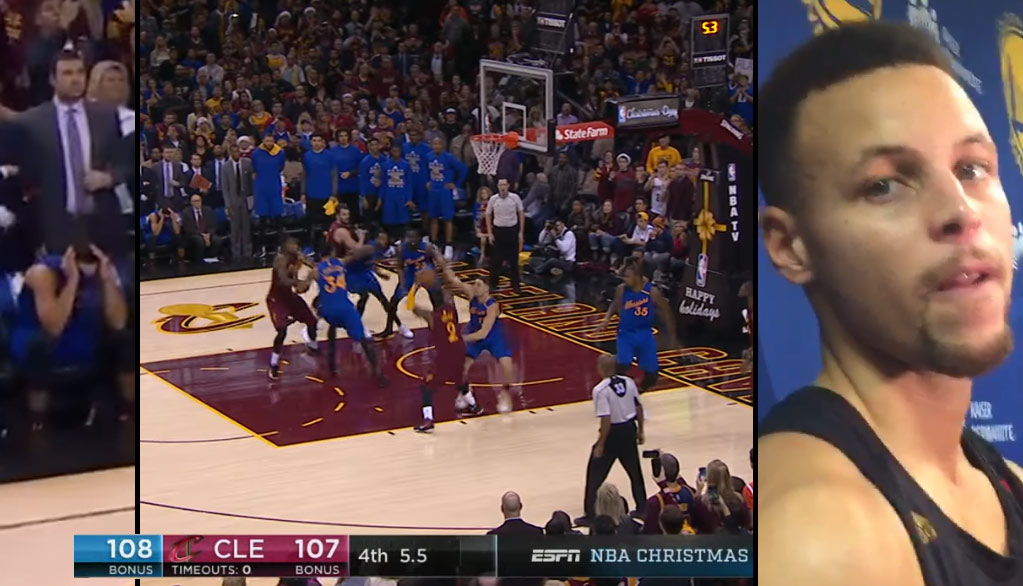 After the game, Curry admitted it was frustrating to be sitting on the sideline in the finals seconds of a game instead of being on the court trying to make a play.  He also talked about his lack of shots in 37 minutes of action.

“Honestly, I can’t have 11 shots,” Curry said. “I’ve got to get more looks at the rim. That’s nobody’s fault. I’ve just got to figure out a way to be more aggressive in that respect. And keep the defense honest and use all the talent we have on this team, including my scoring ability.”