One of my favorite former NBA players to follow on Instagram is the hilarious Tierre Brown. On social media, the former Rocket and Laker, who was recently scoring 20 points a game in Venezuela, is usually showing off what he’s eating, who he thinks is hot or not and talking about his favorite player Michael Jordan.

With all of the recent buzz around LeBron’s finals performances and if people think he’s greater than Jordan or not, Brown posted the following pic of MJ’s Finals performances from 1993 with a pretty amusing caption. 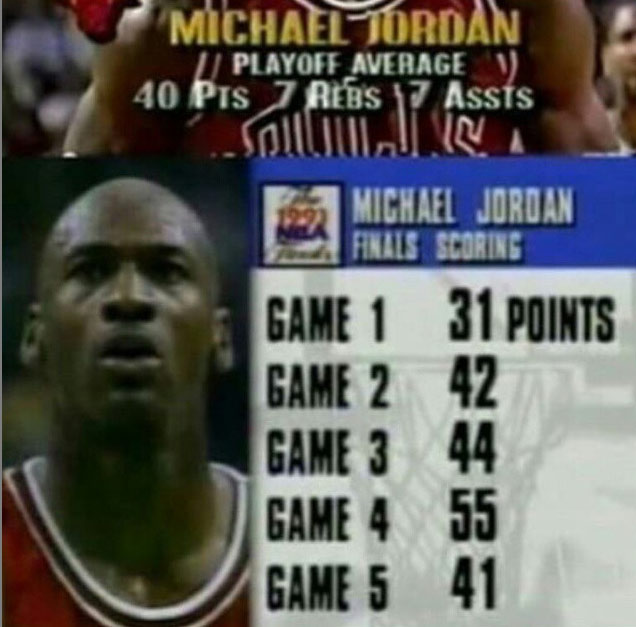 Just In Case You Feeble Maggots Need A Reminder. There’s Levels To This Sh*t. Look At The Entire Playoff Average(40-7-7). Then Look @The Finals. When Hand Checking Was Legal. Are You Shittin Me?! And Sealed The Deal. LAWD!!! Hahahhaha. It’s Not Close. Now Go To Your Room. You’re Grounded!!! And Hush Up Fast!! #Jordan #TheGreatest #HandsDown #Basketball #History #GOAT

As impressive as those numbers are, I always preferred his 1991 Finals numbers against the Lakers.

Today also just happens to be the anniversary of Jordan scoring 39 points and winning his 5th NBA championship in 1997.