Before championship bracket play begins at the Under Armour Association The Finals on Thursday night, many of the top teams participated in showcase games on Wednesday night and Thursday morning before a packed house of college coaches and fans. Trevon Duval showed why he’s one of the nation’s best guards regardless of class and added another defining moment to a grassroots resume that makes for a compelling argument as to whom is the nation’s top player in the 2017 class. 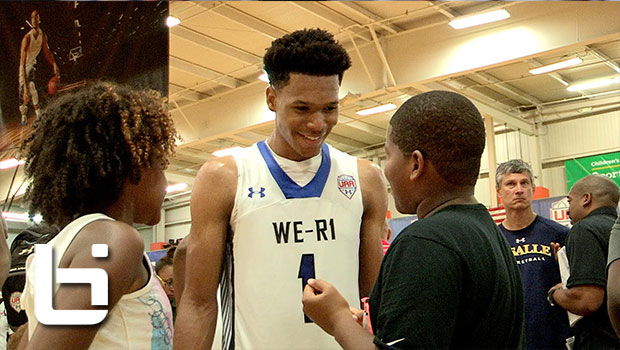 You just never know how a bracket will play out in a top-tier grassroots event such as the Under Armour Association The Finals. In order to endure some of the nation’s top prospects who participate on this particular shoe company circuit match up against each other, a plethora of showcase games were set up over the first 24 hours of the second NCAA July Evaluation Period at the UAA Finals held at the Suwanee Sports Academy just outside of Atlanta. 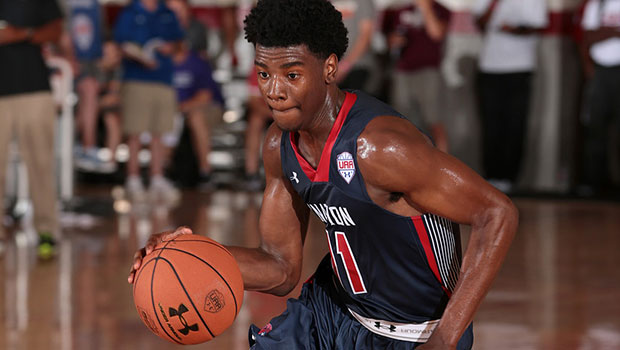 The big 17U showcase matchup on Wednesday night in front of over 300 college coaches was Josh Jackson, a top three national recruit in the class of 2016, and his 1Nation club going up against Trevon Duval, arguably the nation’s fastest-rising player in the 2017 class, and his We R1 team.

The game lived up to the hype as Duval, a 6-foot-3 guard who played his sophomore season of high school at St. Benedict’s (Newark, N.J.), converted a driving, left-handed lay-up as the final buzzer sounded to give We R1 a dramatic 59-58 victory over 1Nation.

1Nation twice had a chance to go up by three points on two occasions in the final 13.1 seconds, but twice missed the front end of 1-and-1 situations, including after it was awarded possession of the ball after the first missed free throw. With only two team fouls called against it, it looked like 1Nation was going to be able to foul far from the basket and run out the clock before anyone on We R1 got off a quality shot attempt.

After twice being called for fouls far in the backcourt, Duval knew he had to get something going to the rim. He caught an inbounds pass near the top of the key on the left hand side of the floor, drove past the left elbow and finished a contested lay-up to give his team the victory.

Duval, the MVP of the NBPA Top 100 Camp and the Stephen Curry Select Camp, added to his impressive grassroots resume with a 24-point performance. He was able to dictate where he wanted to get on the floor regardless of whom was guarding him and finished a variety of  shots around the rim in addition to hitting a solid percentage of jump shots. Jackson, who helped his team bounce back from a early 14-4 deficit and didn’t shy away from the Duval defensive assignment, finished with 23 points.

Jackson, who played his junior season at Prolific Prep (Napa, Calif.), scored on some impressive dunks and put backs around the rim and did nothing to diminish his reputation as one of the top amateur prospects in the world. He made good decisions in the open court and knows how to draw contact to get to the line. Jackson was spectacular at times, but Duval was just a hair better on this night. 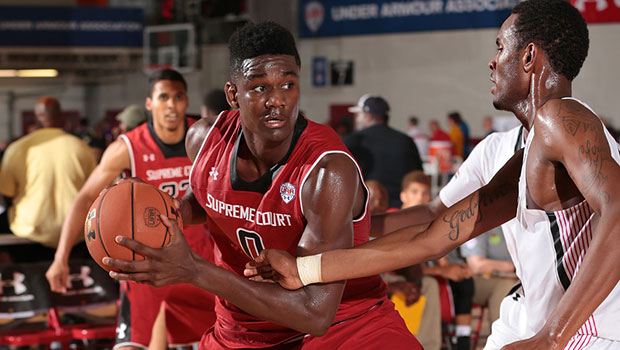 DeAndre Ayton, a 7-footer who plays for Supreme Court out of California, was also in action Wednesday night and is generally regarded as the top prospect in 2017. The gap, however, seems to be tightening between Ayton and Duval and a few other top prospects.

Has Duval done enough to surpass Ayton as the top junior-to-be in the country? In our book, not yet.

Considering the lofty expectations, Ayton’s play has been up-and-down this grassroots season, but his blend of skill, size and athleticism is still off the charts. However, if Duval helps his team win a second consecutive UAA title, this question will likely be revisited.