Damn! I was really hoping to see what Roy Hibbert learned from all those Mixed Martial Arts lessons.

In the 3rd quarter of Utah’s 117-114 OT victory against the Lakers, Roy Hibbert got in the masked face of Trevor Booker after the Jazz forward got tangled up and pushed Julius Randle. A pissed off Booker – who isn’t too fond of Hibbert in the first place (after an earlier preseason game, Booker said, “I don’t even want to talk about him. No words for him.” when asked about Hibbert) – then tried to slap the 7 footer like he was Charlie Murphy.  The refs and players on both teams quickly jumped in between Booker and a smiling Hibbert to make sure Roy didn’t pull out of any those MMA moves.

“We play together. I’m not going to speak too much about that play,” said Hibbert after his 16 and 11 performance. “Like I said, he’s the face of this team for the future and, one through 15, I’d step up for anybody, anybody in the starting five to the guys at the end of the bench. We play as a team and I have everybody’s back.”

I’m assuming Booker (0 points in 19 minutes) probably did have some words to say about Hibbert this time but he refused to speak to reporters after the game.  His coach did.

“We’ll look at the tape and everything,” Coach Snyder said. “Obviously we want him in the game and we’ve got to try to control our emotions, and Trevor’s an emotional guy.”

The Warriors’ Draymond Green also got emotional after seeing the slap and tweeted that it left him in tears. 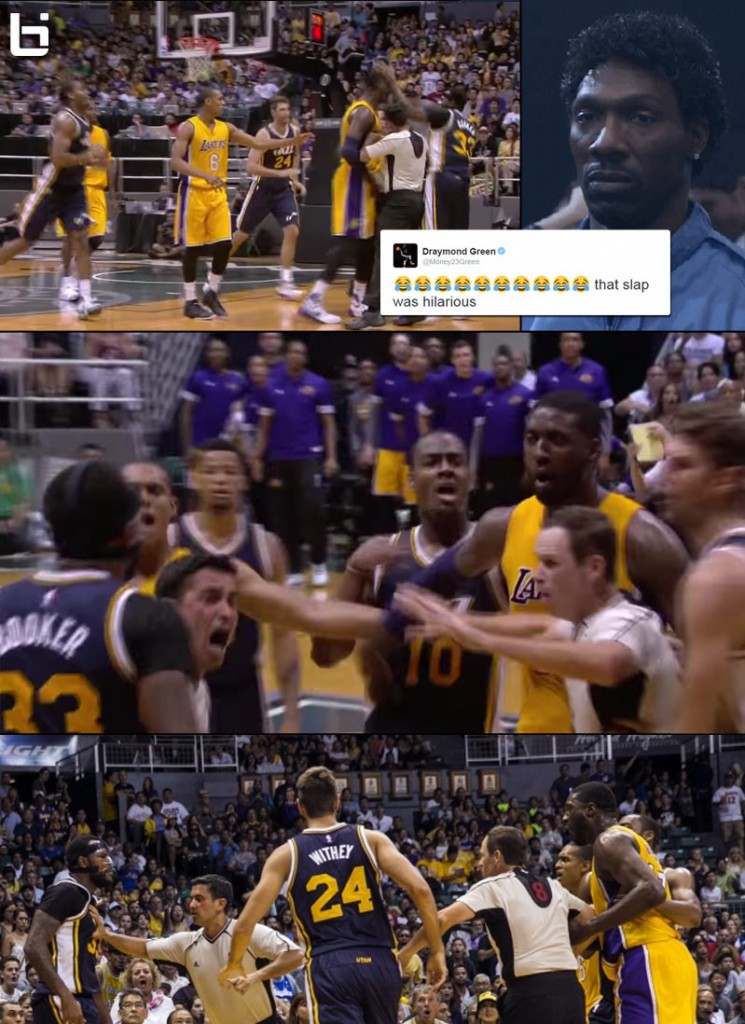