“Who the fuck really wants to be like Steve Blake. No disrespect but do we really want to be living in a world where becoming the next Steve Blake is all a child can dream of? I know I don’t and you don’t either.”

Those are the hilarious words of Michael Rapaport — the always awesome actor, basketball fan and talented documentary filmmaker behind When the Garden was Eden and the Tribe Called Quest documentary from a few years ago. After tackling TV, Film and every celebrity basketball event, the 2010 NBA All-Star Celeb MVP is tackling a much more serious problem in the world: the extinction of the starting white point guard in the NBA.

It wasn’t that long ago that little white kids had lots of white guards to look up to: Mark Price, Scott Skiles, the GOAT John Stockton and take your pick of the litter from Duke. These pale leaders who kept the short-shorts going for as long as they could contributed to the game in so many ways most people aren’t aware of: The set shot, the layup and the “2-hand bounce pass with two thumbs down.”

For just $850 a day, the price of a nice laptop, you can help one of these sad faces attend The Stockton Army and preserve the white point guard. 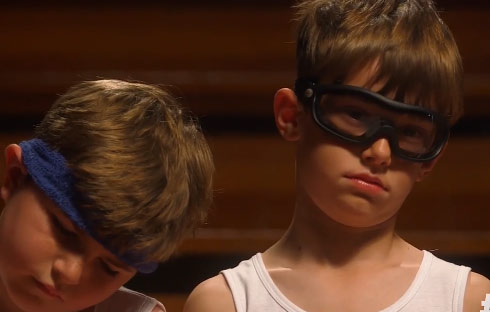 In honor of The Stockton Army, let’s look back at some role models of the past.