Five new teams crack the latest FAB 50 National Team Rankings powered by Ballislife.com as a majority of the country is now done playing or heading into their state title games. State champions crowned in Ohio, Arizona, Arkansas, and Wisconsin as FAB 50 newcomers come into focus.

As state playoffs begin to wrap up around the country, we now have more elite teams done than playing. That even includes the states that have yet to tip-off because of COVID-19-related calendar adjustments. Teams still playing are noted by an asterisk (****) and includes the ones selected for GEICO Nationals, which takes place March 31-April 3 in Ft. Myers, Fla.

The GEICO Nationals field is led by the No. 1 team in the FAB 50 National Team Rankings powered by Ballislife.com, Montverde Academy (Montverde, Fla.). The field also includes six other FAB 50 ranked clubs, bubble club La Lumiere (La Porte, Ind.) and two clubs not eligible for the rankings. For a quick analysis of the GEICO Nationals bracket, CLICK HERE.

On the same day a GEICO Nationals champion is crowned, the Indiana High School Athletic Association (IHSAA) Class 4A champ will be crowned at Bankers Life Fieldhouse when FAB 50 No. 29 Carmel (Carmel, Ind.) takes on No. 34 Lawrence North (Indianapolis, Ind.). Carmel defeated West Side (Gary, Ind.) in overtime, 53-48, in its semifinal contest, while Lawrence North downed South (Bloomington, Ind.), 54-52. Carmel handed Lawrence North one of its two losses during the regular season. Whomever wins the Indiana 4A state crown will have a good chance to crack the Top 25 of the FAB 50. 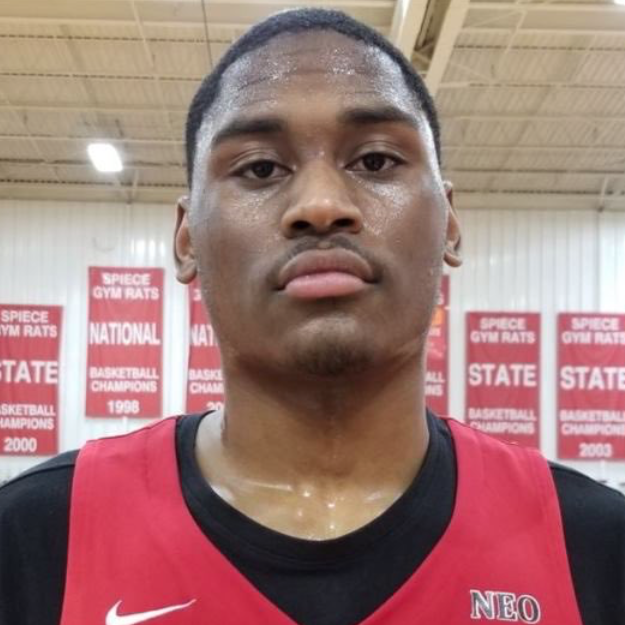 One team that cracked the top portion of the rankings this week is St. Vincent-St. Mary (Akron, Ohio), which checks in at No. 25 after capturing the Ohio High School Athletic Association (OHSAA) Division II state crown on Sunday evening with a 72-50 victory over St. Francis DeSales (Columbus, Ohio).

DeSales led by nine points (19-10) early in the contest, but St. V’s broke the game open in the second half, outscoring DeSales 44-17. Ohio St.-bound Malaki Branham closed out his high school career in spectacular fashion, netting 37 points, as the Fighting Irish won their second Division II crown in four seasons.

It was a special season for St. V’s head coach Dru Joyce II, who captured his sixth state crown and has led the program to 12 state playoff appearances in 20 seasons. His 2002-2003 team led by NBA legend LeBron James captured one of those six state titles and that season’s FAB 50 mythical national title. His son Dru Joyce III was also a senior on that FAB 50 title team and is currently an assistant coach for a Cleveland State program that participated in the NCAA Tournament this past weekend.

St. V’s only two losses this season were to Ohio D1 power Moeller (Cincinnati, Ohio) and to FAB 50 No. 4 DeMatha Catholic (Hyattsville, Md.). We decided to keep the Fighting Irish ranked behind Paul VI (Fairfax, VA.) since that club took DeMatha into overtime in one of its losses while St. V’s lost in regulation, 73-56.

Another reason why St. Vincent-St. Mary was able to move up in the rankings is it handed OHSAA D1 state champ and bubble club Centerville (Centerville, Ohio) one of its three losses and was the one club on the Elks’ schedule they did not beat. Centerville handed previous No. 33 Mentor (Mentor, Ohio) its first loss in the state semifinals and defeated Westerville Central (Westerville, Ohio) in the title game by one point, 43-42. Westerville Central defeated a St. Ignatius (Cleveland, Ohio) club in its semifinal contest that is coach by Cameron Joyce, who is Dru Joyce III’s younger brother and a 2007 graduate of St. Vincent-St. Mary.

In Arizona, the pecking order is easy to establish among the Arizona Interscholastic Association (AIA) champs even though the best teams all play in different divisions. Sunnyslope (Phoenix, Ariz.) is one of five newcomers in this week’s FAB 50 at No. 48 after capturing the AIA Class 6A crown with a 63-62 win over Mountain Pointe (Phoenix, Ariz.). Sunnyslope, led by junior guard Oakland Fort, only lose in overtime to Mesa (Mesa, Ariz.) and handed Class 4A champ St. Mary’s (Pheonix, Ariz.) its only loss. St Mary’s in turn handed Class 5A champ Catalina Foothills (Tuscon, Ariz.) its only loss of the condensed 2020-21 season.

Dr. Phillips (Orlando, Fla.), which captured the Florida High School Athletic Association (FHSAA) Class 7A state crown, is this week’s highest newcomer at No. 43. The Panthers defeated Dwyer (Palm Beach Gardena, Fla.) for the state crown on March 6, but were able to move into the rankings this week after the top-ranked teams from four smaller states lost and fell out of the rankings.

There are already five teams from Florida in the FAB 50 ahead of Dr. Phillips, but we felt the Panthers’ resume was just too strong to ignore in favor of perhaps a No. 1 ranked team from a smaller state or weaker region. The Panthers played a strong schedule, defeating six state final four teams in the FHSAA’s various divisions (which we feel there are too many just as there are in Arizona, Georgia and some other states). Dr. Phillips also lost to state ranked West Orange, split games with cross-town Oak Ridge (which got FAB 50 consideration this season) and lost to FAB 50 No. 1 Montverde Academy.

We are not thrilled about moving in teams that crack the FAB 50 way after their seasons have concluded, or dropping teams when they don’t lose and have been done for some time, but it will happen. It’s just the reality of a season that began in November and could run through the middle of June.