Director Robert Monroe and The Professor are back with another Spider-Man basketball video. Since the initial viral sensation, we have seen everything from a Jamal Crawford cameo to streetball legend Bone Collector playing Captain America and in the latest we get a basketball showdown between Spidey and Deadpool!

Also be on the lookout for cameos by dunk phenom/Harlem Globetrotter Chris Staples and crossover king Devin Williams aka 10,000 Hours in the video.

If you aren’t familiar with the awesome Deadpool character who was created back in 91 by Rob Liefeld and Fabian Nicieza, then you might enjoy this test footage for the upcoming Deadpool movie as an introduction. 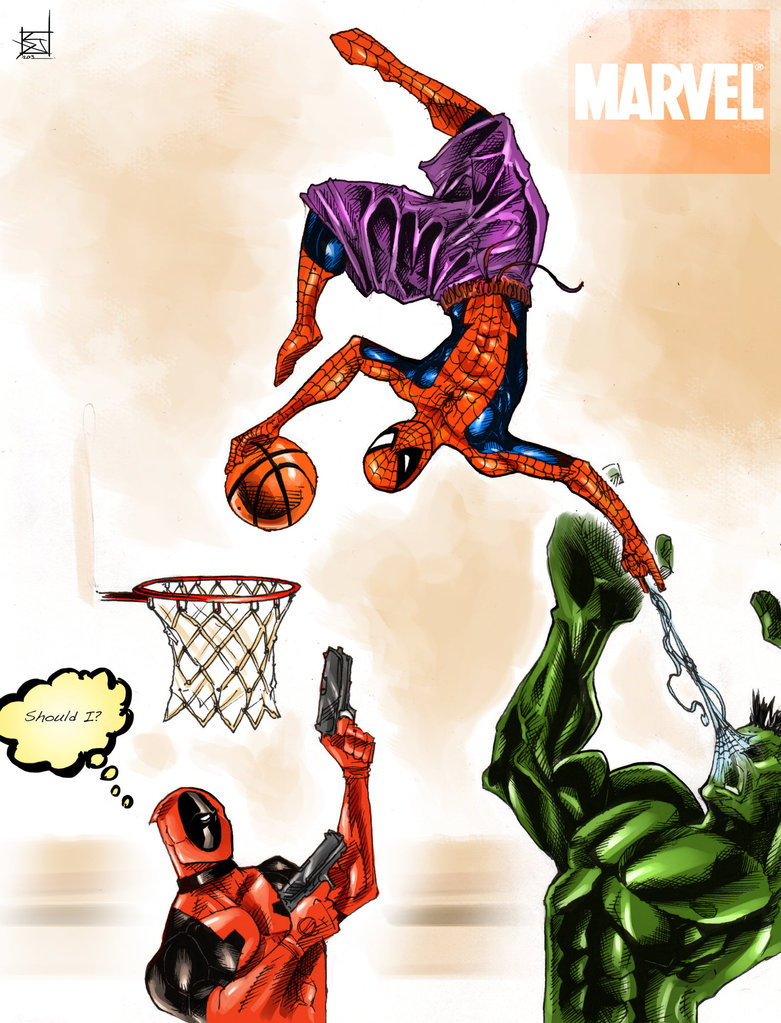