We conclude our countdown of the Top 30 mixtape players in the Ballislife era (back to 2005) with the top five. The names in the top five are a bit predictable, but what do you think of the order? John Wall edges Zion Williamson for the label best mixtape player of the past 15 years!

After checking out the final part below, don’t forget to sound off with your thoughts on our various social media platforms! Do you agree with the order? John wall edges Zion Williamson as the greatest mixtape player of the last 15 years! 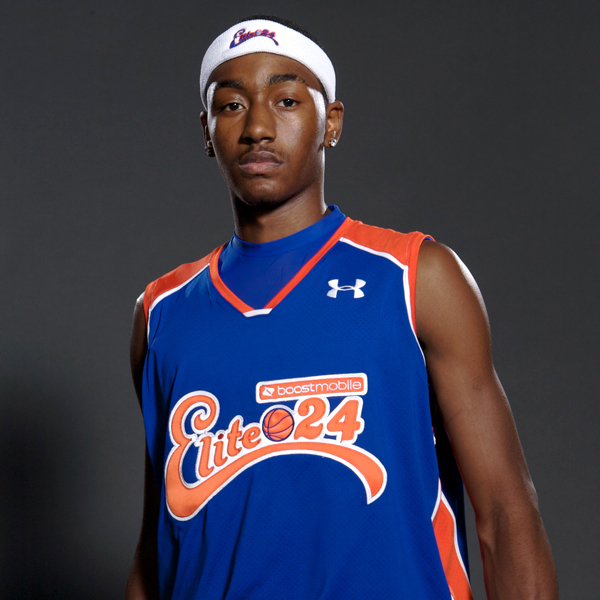 1. John Wall, Word of God (Raleigh, N. C.) 6-3 PG, 2009:
There can only be one at the top, and this North Carolina point guard edges Zion Williamson as the greatest overall mixtape legend in the Ballislife era. Why is that? Because there hasn’t been a NBA level guard with Wall’s combination of size, speed, athleticism, skill, and finishing ability since Ballislife and other companies started regularly filming high school games of the nation’s best players in the mid 2000’s. One of the reasons Wall edges Williamson is he is a guard, and fans just love when guards can get to the rim. It’s similar to why a big guy has trouble winning dunk contests over talented smaller players. Basketball is a big man’s game, but guards rule the mixtape industry because video-centric fans love the players with the ball in their hands. Second, it’s a bit of timing, as Wall was before Williamson and his best mixtape (which was produced by Hoopmixtape) has stood the test of time as arguably the best single mix ever. In fact, if help give the mixtape industry credibility and made the genre that much more popular. The Wall mixtape will be hard to knock from its pedestal because of his explosive ability in the open court and rim-attacking. Another reason fans loved Wall is because his skill wasn’t a gimmick or something fans thought wouldn’t translate. It was easy to see his game translated to the next levels as he lived up to his billing as the top overall prospect in the 2009 class. Wall played one season at Kentucky, and his outgoing personality and exposure in Bluegrass Country made his mixtape even that much more popular. Wall went on to become the No. 1 pick of the 2010 NBA Draft and is now a five-time NBA All-Star. Even with all his NBA success, there are still plenty of fans who know him best for his mixtape prowesses and his role in taking a fledgling industry to the next level. 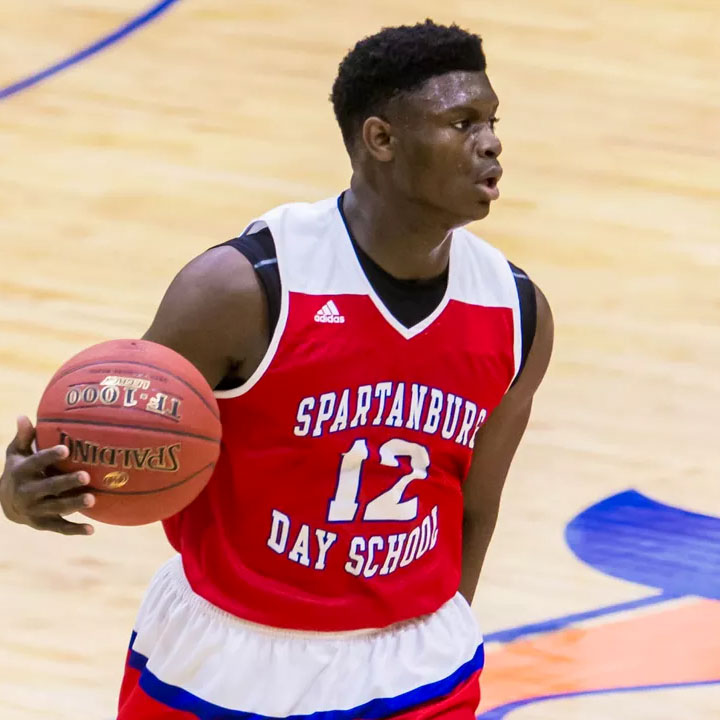 2. Zion Williamson, Spartanburg Country Day (Spartanburg, S.C.) 6-7 SF, 2018:
Words really do no justice to how viral Zion was as a high school prospect. His explosiveness, the power of his dunks, and the viciousness in which he played, combined with the height of the social media and mixtape eras, made him one of the most watched, shared and popular prep players of all time. Whether it was a gliding transition slam, a poster dunk of an unlucky defender or a volleyball spike of a blocked shot, Williamson was pretty much a nightly-feature on SportsCenter and many other sports shows on national television. Those same shows debated whether Zion’s game would translate to the college level at Duke. It did. Then many of those same people wondered whether Williamson could continue his dominance on the NBA level because of a lack of a consistent three-point shot. While his rookie season was abbreviated due to injury and then stopped because of the Coronavirus pandemic, Williamson showed in 19 games that he has NBA star potential. No matter how Zion’s career pans out, he will always be one of the most polarizing high school players ever. 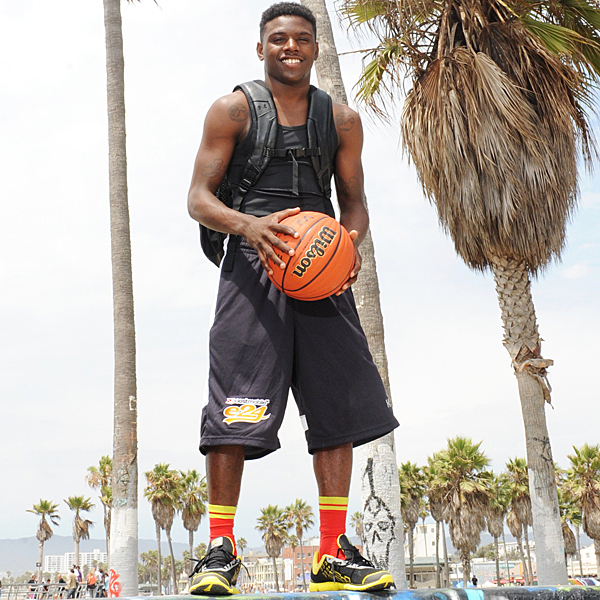 3. Aquille Carr, Princeton Day Academy (Baltimore, Md.) 5-7 PG 2013:
This Charm City native cracks the top three because everybody loves the little guy with mad skills on the court. Carr just took it to another level at Patterson High in East Baltimore, as he quickly built a reputation as a scorer with show-stopping offensive skill. As a freshman he averaged 25.5 ppg and upped that to 31.3 ppg, but the numbers weren’t what made him the most talked-about player in high school basketball for a period of nearly three years. It was his strength, leaping ability, quickness and playground flair that made every one of his games feel like an event. In fact, he became so popular he earned the nickname “The Crime Stopper” for his penchant of selling out gyms in his hometown whenever he played. Carr’s street ball style made him popular, his street cred made him a legend and his skill to size ratio made him a beloved figure for those who enjoy watching highlights and mixtapes. It’s a combination rolled into one dynamic package that we had never seen before and haven’t seen since. 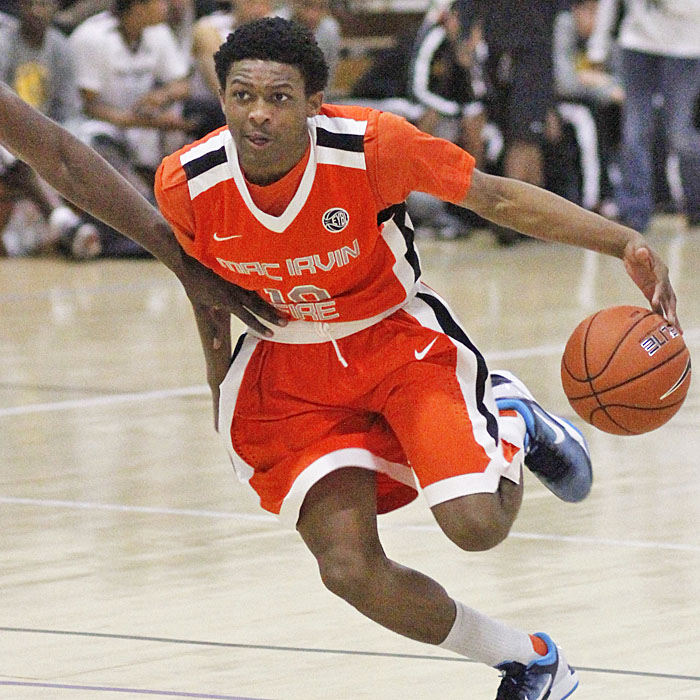 4. Marcus LoVett Jr., Morgan Park (Chicago, Ill.) 5-11 PG, 2015:
This wiry lefty was just one of those guards you just couldn’t take your eyes off. Lovett was out of the AND1 Mixtape mode, a player who could embarrass and leave defenders clueless with his arsenal of moves, change of direction and explosiveness. Lovett’s first step and ball-handling made him a “must-watch” player right out of the gate. The Ft. Wayne, Ind., product delivered right away, averaging 31.7 ppg as a freshman at Providence (Burbank, Calif.) and doing it in spectacular fashion. Lovett was good for a few spectacular moves a game and his boldness and confidence are other reasons why he lands in the top five. Lovett continued to shine as he moved on to San Gabriel Academy (Calif.) and at Morgan Park in Chicago as a senior. Against strong competition, LoVett averaged 25 ppg, eight rpg, and seven apg as a senior while leading his team to the state semifinals. Lovett went on to play at St. John’s and turned pro after one and a half seasons of college ball. He’ll always be best known, however, for the ridiculous mixtapes he created throughout his high school career. 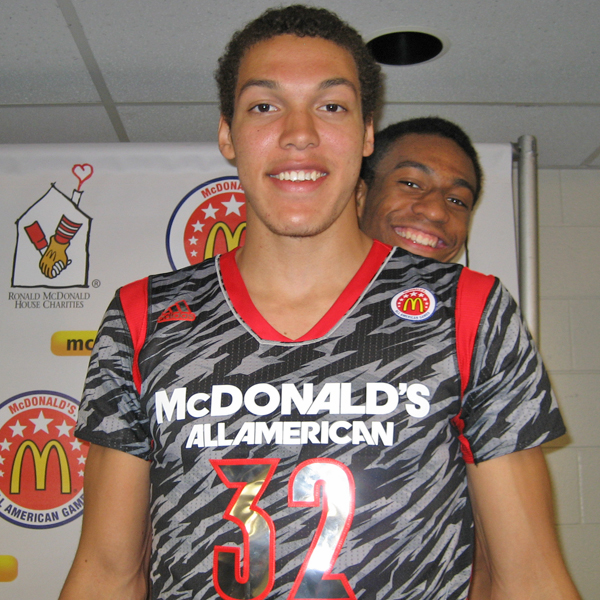 5. Aaron Gordon, Archbishop Mitty (San Jose, Calif.) 6-7 SF, 2013:
AG might of been robbed in a couple of NBA slam dunk contests, but he gets his just due here as a mixtape legend. Gordon had all the ingredients that fans loved in a small forward: Power dunks, finesse dunks, agility, explosiveness and a flair that few high school forwards have ever displayed. Gordon wasn’t a big man, but he was still alot bigger and stronger than his competition but also more skilled. Gordon also had the innate ability to do contest style dunks in-game, whether it be off the backboard over a startled defender or something usually seen from a much smaller player without the power game. Gordon was also a winner on both the grassroots and high school circuit, twice earning California Mr. Basketball State Player of the Year from Cal-Hi Sports. Gordon finished his four-year prep career with two state titles and an appearance in the first ever Open Division state title game. In those three games, he averaged 24.3 points and 20.3 rebounds.

One Reply to “Top 5 Mixtape Players of BIL Era!”