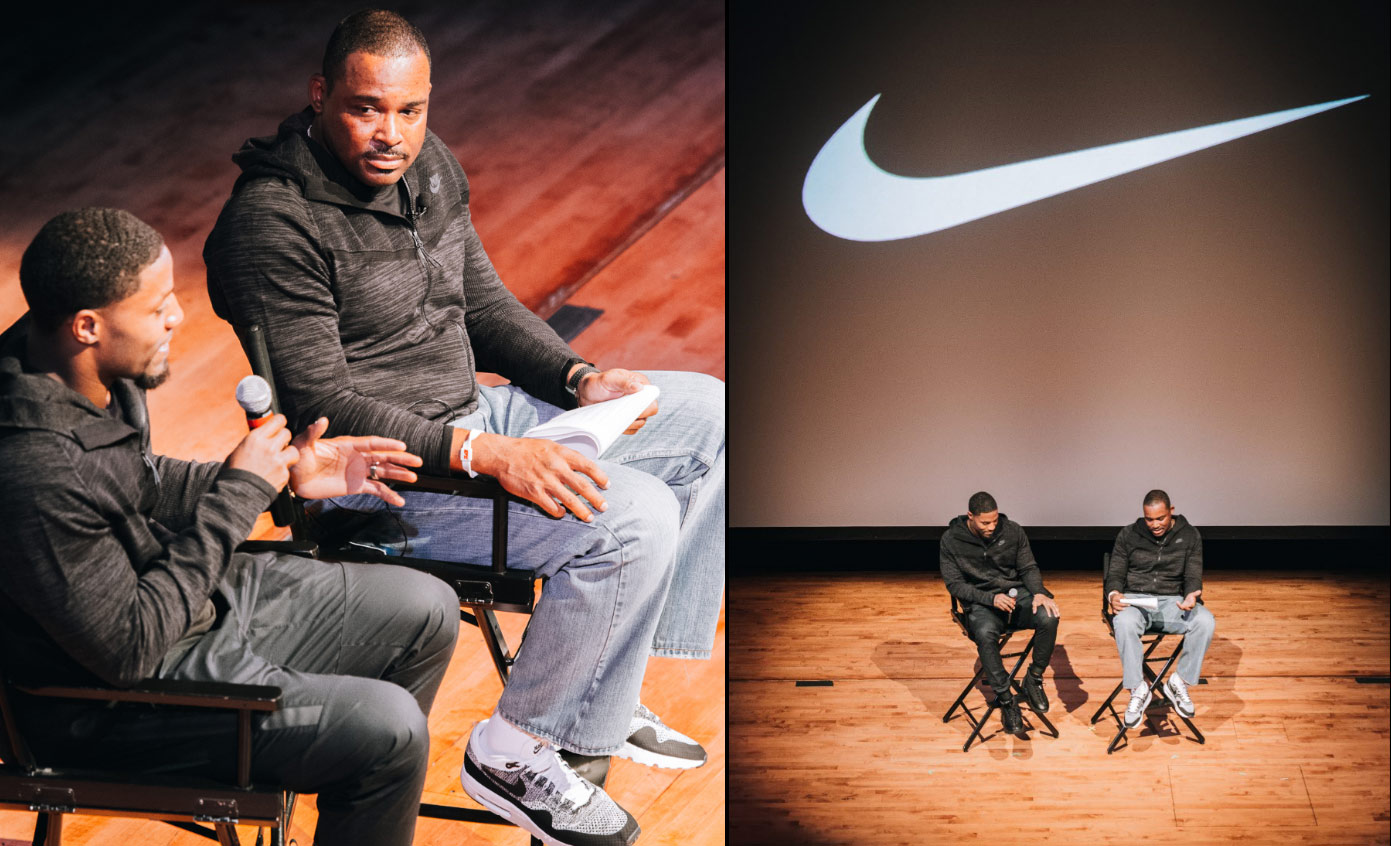 On Friday, I had the pleasure of attending a Nike Inspiration event in Houston, TX. While listening to NFL great Andre Ware, star David Johnson and motivational speaker ET The Hip-Hop Preacher speak to a room full of top high school football players about hard work and what it takes to reach their full potential, I started thinking about how many of the best players in a sport could have become elite players in other sports if they would have dedicated themselves to that other sport. I then started thinking about a bunch of current and former NBA players who were also gridiron stars during their prep days and probably could have been a player in the NFL.

Back in high school, the two-time All-Ohio selection was a highly recruited football star who supposedly considered playing for the University of Miami, Michigan and Ohio State before making the decision to take his talents to the NBA. The Cavs, Heat and Nike couldn’t have been happier. (check out The Rock at the 18-second mark)

Charlie Ward wasn’t just a good football player before he put on sneakers and a Knicks jersey in 1994, he was a quarterback for an NCAA championship-winning FSU squad and a Heisman Trophy Award winner.

While we are on FSU players.  I had the pleasure of playing in a pick-up game with a red-shirt freshman Randy Moss after his high school days of catching oops from Jason Williams and before he was catching touchdown passes in the NFL.

Like FSU, Bethel high school wasn’t sure if they had a future NFL quarterback or future NBA point guard in Allen Iverson. As the star QB and defensive back, he led the football team to a state championship his junior year and accumulated 21 touchdowns (14 passing), 2,204 yards of offense and 13 interceptions.

Just three months after winning a football state championship, he would lead Bethel to a state basketball championship.

Nate was a star football player in high school and also played football at the University of Washington. Over the past few years, he’s also dropped hints here and there about trying out for the NFL. And back in 2011, Nate and Seahawks coach Pete Carroll exchanged some flirty tweets to each other about the possibility of Nate trying out for the Seattle team.

During the last lockout, when most players were thinking about going overseas, Smith, who did play overseas, joked that he was going to go to college and play football at the University of Miami. Besides being a star wide receiver on his high school football team, Earl also had one of the greatest high school yearbook photos ever. Barnes, an All-American football player in high school, actually received multiple tryouts invites from NFL teams but decided to go the NBA route. You can catch him playing football in his annual Celebs vs Cancer Football games in the summer.

Big Baby played defensive end, defensive tackle and tailback at University Laboratory High in Baton Rouge but chose to play basketball at LSU rather than football. I’m grateful for this decision because if he would have gone the football route then we would have never had this great moment with Nate Robinson.

Without even knowing he played football in high school, all you have to do is glance at the 4 x NBA Defensive Player Of The Year to assume Ben Wallace could have been a star in the NFL. What’s shocking is Wallace turned down a scholarship to play football at Auburn to play basketball at a community college!  Well, it paid off for the NBA champ in the long run. The Washington Redskins fan didn’t play football in High School or College but he’s a football fanatic that loves a good game of flag football and with his size and skill, I’m going to give him the benefit of the doubt. I’m joking, I just wanted to share this KD vid.

The story of the GOAT getting cut from the Varsity high school basketball team is legendary (the truth is he was just a 5’10” sophomore and was named to the JV team) but what many don’t know is he was also on the baseball, track and football team at Laney High.

He did end up playing a little pro baseball when he was “retired (suspended?)” in the mid-90s and I’m pretty sure if he would have dedicated himself to football instead of trying to be the next David Thompson, he would have ended up in the NFL.

(1994) Michael Jordan throwing a football on the field before a baseball game! Legendary. pic.twitter.com/avMpIaz1OT