Shout out to Larry Brown for being a man of his word, but damn couldn’t you have just broke your promise for the good people of Philadelphia in 1998?

The former 76er coach was on 97.5 The Fanatic on Wednesday and he talked about the 98 draft and how they had ranked Paul Pierce as the #2 prospect in the draft, but the reason why they didn’t pick the future Celtics legend and current member of the Wizards is because of a promise they made to Larry Hughes.

Yes. The 76ers selected the man who later inspired a basketball fan to create a website called heylarryhughespleasestoptakingsomanybadshots.com instead of taking Pierce at 8…or Dirk who ended up getting drafted by the Bucks at 9.  But unlike the 76ers who stuck with their pick, the Mavs who drafted the late Robert Tractor Traylor at 6 made a deal and got who they wanted by trading for Dirk.

Now i’m not saying Larry Hughes was a bad player – he was actually a fantasy stud for a couple of years in Washington – but he was a horrible fit with the 76ers who only experimented with him for a season and a half before trading him to the Warriors. The only memory most people have of Hughes, who used to endorse an increase your vert jump program, was not completing a dunk during a round of the 2000 Vinsanity dunk contest.

Oh well, it seems Brown learned his lesson after that draft. 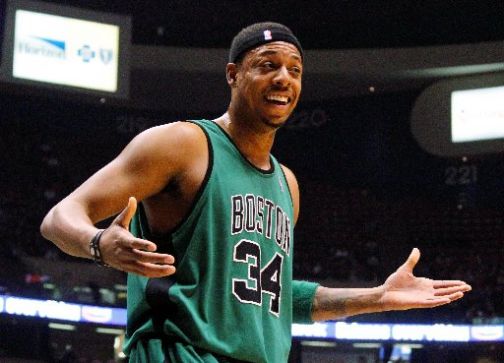