Thanks to Reddit user WhenMachinesCry‘s post about a 2-year-old video of Michael Jordan, which took place 17 years ago, everybody is talking about the day Michael Jordan “abused” and/or “schooled” a “Bulls player” after that player challenged a retired Jordan — I guess he never heard what Kendall Gill had to say about challenging MJ: “Calling out the devil is one thing, facing him is another.”

That Bulls player who called out “the devil” just happens to be one of my favorite players from the late 90s (seriously), so in defense (no pun intended) of Corey Benjamin, this fan of the high-flying guard from Oregon State reached out to Corey to talk about the day he played MJ one-on-one and a few other days, including the day he out-dunked Kobe Bryant in high school and the day he took on Ronnie Fields in a dunk contest that Vince Carter will even tell you was one of the best dunk contests ever.

According to then Chicago Tribute writer Skip Bayless (yes that Skip Bayless), back in November of 1999, a retired MJ stopped by a Bulls practice to accept an “ill-advised challenge” sent by the young Bulls guard.

First off, I wouldn’t call it an “ill-advised challenge.” It’s more like a dream opportunity.  Imagine growing up and wanting to be like the greatest basketball player of all-time and then one day you find yourself playing that position for that team and you now have the opportunity to play against your idol. Would taking advantage of that opportunity be considered ill-advised?

“I was the young guy and I was always nagging guys like Randy Brown who would talk to Jordan” said Benjamin about how the challenge started.  “and I said something like I could beat him.”

The veterans delivered the message to MJ and the next thing you know the player Benjamin grew up idolizing was in front of him in practice telling him to check ball. Practice stopped, the game was on and to the delight of Benjamin’s teammate, which included a young Elton Brand and Ron Artest, Jordan and Benjamin went at it.

If you just watch the video you would assume Jordan “killed” Benjamin 11-0 with a jumper that looked as good as it did during his final Finals and with trash talking that was still second to none.

“You reach. I teach” said Jordan before hitting a turn-around jumper.

According to Benjamin, the score was far from 11-0 (it was actually 11-9) but he did lose and there’s no shame in losing to the man who “was still the best basketball player in the world.” He also talked about how impressive MJ’s shot was.

“I thought Steve Kerr was the best shooter on the team. MJ was shooting like Kerr.”

After the final shot by Jordan, MJ jokingly told Benjamin to “sit down” and not to call him out again. They both smiled, shook hands and shared a laugh. No harm done although it was a little big of an ego check for the player who looked like a young MJ during his high school days.

One of my favorite stories about Benjamin goes back to his high school days and the day he attended a Nike camp with other top shooting guards like Vince Carter and Ronnie Fields. The story goes Ronnie wanted to show he was the best dunker in the class and Vince Carter wasn’t willing to accept the challenge by Fields who also used to send out dunk off challenges to Michael Jordan while MJ was in his prime. Benjamin did accept the challenge and then one of the greatest dunk contests ever happened.

“Vince Carter will even tell you it was one of the best” said Benjamin about Vince who was injured not scared.

Corey threw down everything from a 360 to a free throw line dunk and Ronnie responded after every dunk with the same windmill. But that windmill was impressive enough to come out victorious.

“He was amazing. It was like MJ vs Dominique in 88.” said Benjamin.

I know what he meant but in the 88 case, Nique deserved the win and not MJ. In this case, the young MJ lost to the young Nique.

Due to a car accident that pretty much ended Fields career before it got started, Ronnie wasn’t able to compete in the equally impressive McDonald’s All-American Dunk Contest. This meant Benjamin had a better chance at winning but faced some tough competition in Tim Thomas, Kobe Bryant and Lester Earl, who recently lost a dunk off against Bryant.

Kobe was the fan favorite but didn’t do much on this night. Benjamin explained this was back when “Kobe had baby hops.” The same can’t be said about Lester Earl who along with Benjamin put on a dunk exhibition superior to the ones happening during NBA All-Star weekend. But in the end it was Lester Earl who was victorious.

After an impressive high school career and then leading the Oregon State Beavers in scoring for 2 years while putting up scoring numbers the team hasn’t seen since Gary Payton, the Bulls selected him with the 28th pick in the 98 draft.  Unfortunately that season was a shortened lockout year and ankle injuries prevented him from seeing the court much in his 2nd. He played 1 more season with the Bulls and then a few games with the Hawks before taking his game overseas for the next 5 years.

He now lives back in his home state of Cali where he’s a basketball trainer and runs basketball programs like “Baskeetball Legende” where he gets to do the “schooling.” 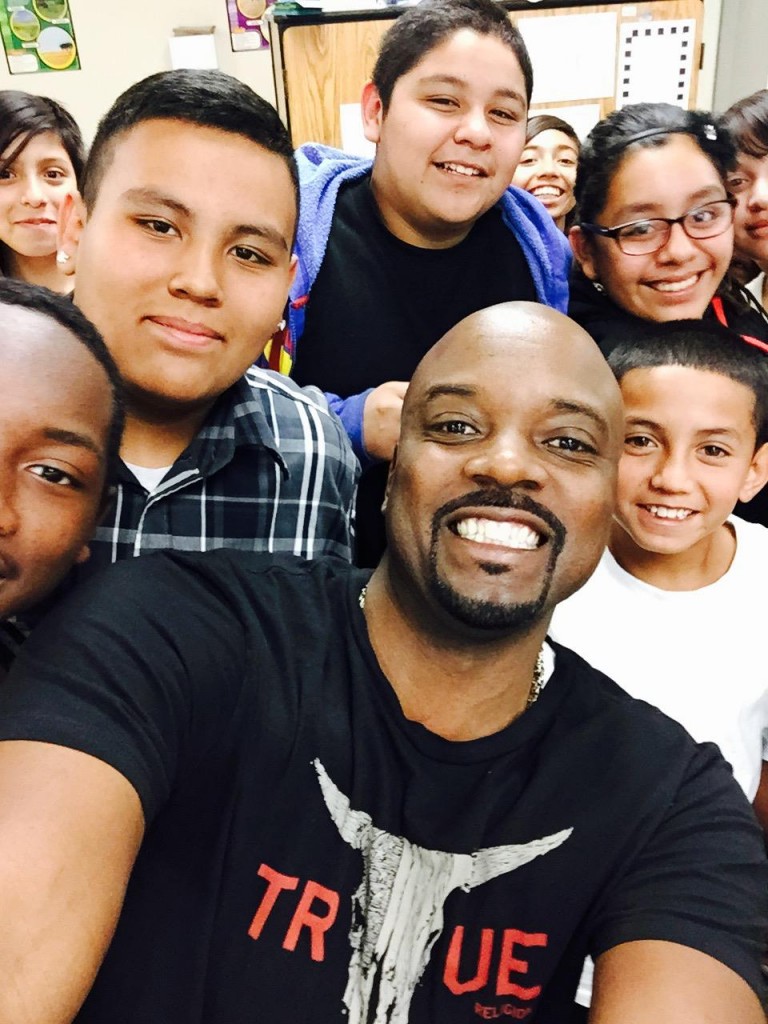 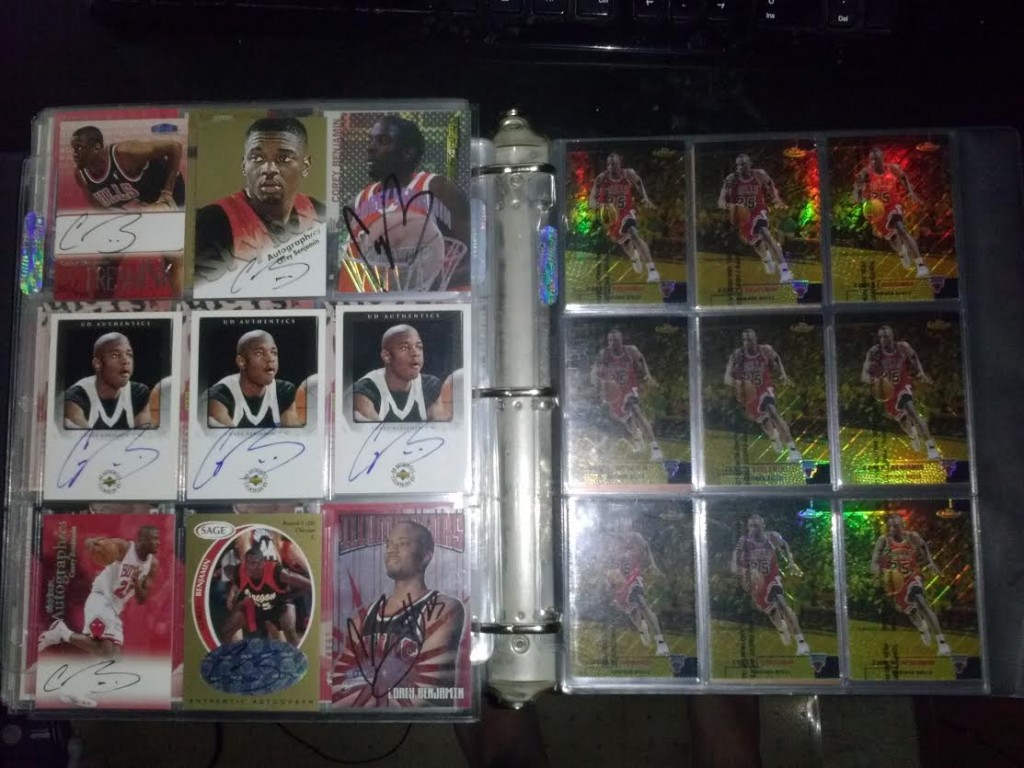 Yes I do have a Corey Benjamin card collection which contains 12 autographs and 13 copies of a card that is limited to 100 and yes I am asking you to watch #4 on this Top 10 Plays.