There is some movement and two new teams in the updated FAB 50 National Team Rankings powered by Ballislife.com for the 2020-21 season. New Jersey, Pennsylvania and Colorado also tip-off as the number of states who have yet to play dwindles to seven. AZ Compass Prep also shakes up the nation’s top teams. So why aren’t the Dragons at No. 2 right now?

The high school basketball season continues on and teams in New Jersey, Pennsylvania and Colorado were able to tip-off their season last week. It’s a good omen for teams that have been sitting at 0-0 for months and for teams that have played in excess of 15 games. Those teams have more opportunity to win and move up and, on the flip side, lose and drop in the FAB 50 National Team Rankings powered by Ballislife.com

Obviously, the more games that are played and the more results that come in, the more accurate each week’s FAB 50 becomes. Hawaii has canceled its 2020-21 season, Nevada schools in Clark County (Las Vegas metro) won’t have a season, while Michigan, West Virginia, California, New Mexico, Washington, and Oregon are expecting to play in the spring. Michigan has been pushed back to February 21 (which some of the state’s coaches are not happy about) and Oregon’s start date is currently the latest (May 17), with the other four states mentioned falling somewhere in between.

For the teams that have been playing, two fell out of the rankings this week after losing.

The highest ranked newcomer is Bellevue West (Bellevue, Neb.), which checks in at No. 36 after downing previous No. 19 Millard North (Omaha, Neb.), 90-77, to hand that club its first loss of the season. Bellevue West went on the road to pull out the win behind a combined 58 points from Nebrasksa-Omaha bound forward Frankie Fidler (21), sophomore point guard Josiah Dotzler (19), and Wisconsin-bound guard Chucky Hepburn (18). Hunter Sallis, who is set to announce his college destination on March 26, led Millard North with 28 points.

Millard North actually doesn’t drop out of the FAB 50 because it has a split with Bellevue West. The Mustangs defeated Bellevue West, 94-91, in double overtime on January 2. Another reason why Millard North remains is the two teams are both in Nebraska’s Class A ranks and the road to the state crown has to go through these talented clubs.

Why No AZ Compass Prep?

Many of the top-ranked FAB 50 teams were in action last weekend at the Montverde Academy Invitational Tournament in Florida. The one upset that took place was previous No. 11 La Lumiere (La Porte, Ind.) defeating then No. 6 Wasatch Academy (Mt. Pleasant, Utah) at the buzzer, 67-65, on a put back lay-up (off an errant shot attempt) by highly-regarded junior center Vince Iwuchukwu. This came two nights after Wasatch Academy recorded an avenging win over then No. 5 Oak Hill Academy (Mouth of Wilson, Va.).

Despite its sub-.500 overall mark, the Lakers move up to No. 9 this week, while Wasatch Academy actually moves up to No. 5. Wasatch Academy has a split with both La Lumiere and Oak Hill Academy, which is on a three game losing streak and will play No. 2 Sunrise Christian Academy (Bel Aire, Kan.) on February 4 at the MAIT. Wasatch Academy and La Lumiere will have a rubber match on that same date, as the clubs that belong to the National Interscholastic Basketball Conference (NIBC) continue to beat up on each other.

One club not part of the NIBC or a member of any governing body, AZ Compass Prep (Chandler, Ariz.), turned heads with its performance at the MAIT. Coach Ed Gipson’s club took No. 1 and host Montverde Academy to the brink before falling in overtime, 76-65. Both teams had their opportunities to win in regulation, as a lay-up by MVA’s Ryan Nembhard was ruled to have come after the regulation buzzer sounded. It was the first loss of the season for the Dragons, who also easily dispatched Oak Hill Academy (78-51) and took down Sunrise Christian Academy (50-47) at the MAIT. 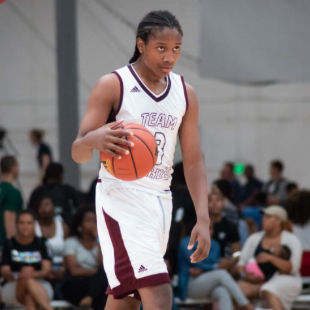 Leading the way for AZ Compass Prep all season long has been Creighton-bound point guard TyTy Washington. The 6-foot-3 dynamo had 21 points and five steals in the loss to Montverde Academy, 22 points, four rebounds and seven assists in the win over Oak Hill Academy, and 12 points, eight rebounds and six assists in the big win over the FAB 50 No. 2 team. So far this season, Washington is averaging 21.1 ppg, 6.0 rpg, 5.6 apg, and 2.7 spg.

With a 19-1 and win over No. 2 Sunrise Christian, AZ Compass Prep would slot in perfectly right behind Montverde Academy if it were FAB 50 eligible. So why are the Dragons not No. 2?

We have long-established criteria (CLICK HERE for detailed criteria) that has been in place before the players on AZ Compass Prep’s roster were born. Programs must be recognized by a high school athletics governing body or be an associate member of the state association in which the programs resides. In this case, AZ Compass Prep doesn’t have to be a full-fledged AIA member, but it must be sanctioned to play an official regular season game against AIA foes.

This criteria is across the board for all programs, is not specific to AZ Compass Prep, and was put in place well before this particular program fielded one of the nation’s finest teams.

As long-time compilers of the FAB 50, we support and endorse all good teams and players, and a true March Madness-type national tournament for high schools. Each season across the country, we see too many early round playoff games that are complete blowouts. Those can be curtailed and the best teams opt to play in a national level single-elimination playoff involving all 50 states after sectional and state playoffs are re-aligned to represent the very best teams.

As it stands right now if the AIA was involved, AZ Compass Prep would not be part of it. On the flip side, the independent programs, such as those that belong to the NIBC, can choose to do a similar tournament on their own apart from state association member programs.

Neither scenario has happened yet, but we do hope to see this type of all-inclusive national tournament one day. If it does happen, criteria to be eligible would need to be met and it’s one of the many reason why we have criteria in order to be ranked in the longest-running weekly national poll.