You got to love the editors of the NBA YouTube channel. Here’s eight (!) angles of Steph Curry’s buzzer-beating three at the end of the third quarter to give the Warriors a 74-72 lead going into the 4th quarter.  What this video doesn’t show is Steph Curry pointing and trash-talking Boston rookie Jaylen Brown after knocking down the tough three. You can see the hands, facial expressions and trash-talking in the following video uploaded by Ximo’s superior NBA YouTube channel.

“I didn’t say anything to anyone to be honest,” said Brown, who referred to the pointing as cute. “I think my defense was doing the talking, I was playing good D until he beat me on that head fake.”

Good defense also kept Curry scoreless in the 4th quarter as the Celtics outscored the Warriors 27-12! So, Curry’s stats after his pointing and trash-talking to Brown was 0 points on 0-of-1 shooting, 1 assist and 2 turnovers.

But not every non-Boston Celtics fan left Oracle unhappy. During a break, a Warriors fan knocked down 4-of-7 threes to win a car. Maybe they should have game him a 10-day contract with the Kia. 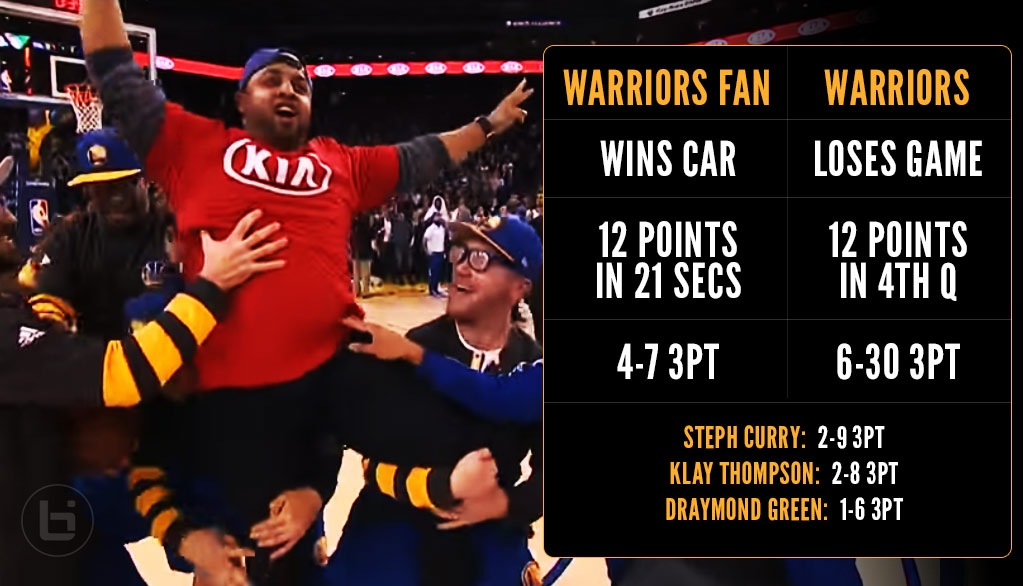