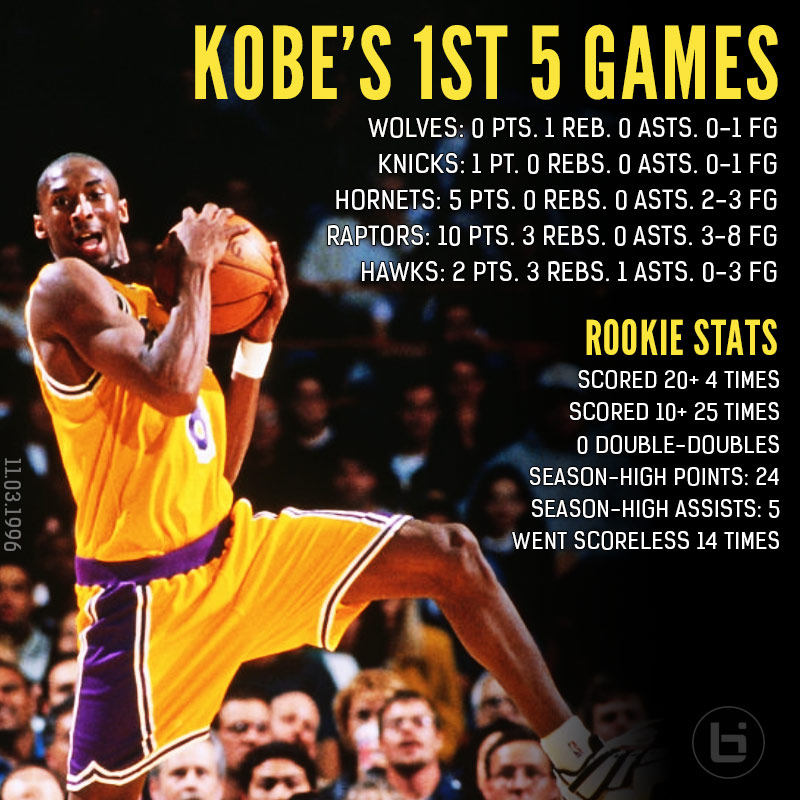 In the summer of 1996 (an amazing summer for hip-hop music, which included the debut album of Jay-Z), a few weeks after getting drafted by the Hornets, being told he “wasn’t needed” by the Hornets coach (Dave Cowens denies this story, which was told by Kobe) and then traded to the Lakers for a grumpy Vlade Divac, a 17-year-old Kobe Bryant made his NBA summer league debut. The showboating high school phenom from Philly scored a team-high 27 points against the Detroit Pistons. After the game, an impressed Pistons’ coach Alvin Gentry raved about the rookie by saying: “I have never seen a better player at his age at his position.”

The Lakers then went to play an exhibition game in China, where Kobe eclipsed the 20-point mark again with 22. He followed that game up with a 15-point performance. Then came his statement game against the Phoenix Suns: a No. 32 wearing Kobe scored a summer-high 36 points (9-of-22 from the field and 17-of-21 from the line) in 38 minutes and dished out 5 assists. He also had 7 turnovers but nobody was complaining.

The complaints came right before training camp, when he broke his left wrist playing an ill-advised pick-up game at Venice Beach (he was told by the vets to not play at the beach so Kobe came back a few days later to do his best Sidney Deane impersonation and ended up injuring himself on a dunk) and couldn’t practice for five weeks.

“This will set him back.” GM Mitch Kupchak said. “This will certainly ensure that we will bring him along slowly, that’s for sure. If you’re looking for a silver lining, it’s that we won’t rush him along.”

Then in one of his first exhibition games, he suffered another injury (hip), sat out most of the preseason and the first game of the season: An easy win over the Phoenix Suns and the LA debut of Shaq (23 points, 14 rebounds) and a little known Steve Nash (0 points, 0 rebounds, 0 assists in 5 minutes).

Two days later, on November 3rd of 1996, Kobe made his official NBA debut against the Minnesota Timberwolves and a second-year Kevin Garnett. Shaq dominated (35 points & 19 rebounds) and Kobe played six minutes, finishing with 0 points, 1 rebound, 0 assists, 1 block, 0 steals, 1 turnover, 1 foul and just 1 field goal attempt. KG had 12 points and 6 boards for the Wolves, who were led by Tom “Not the Next Larry Bird” Gugliotta aka Googs.

He would score his first point two days later in a game against the Knicks and finished with just one point in three minutes of action! It would take four games for him to score in double figures and 25 games until he had his first 20-point game.

You could say Kobe had a slow start to his NBA career but he turned out OK. 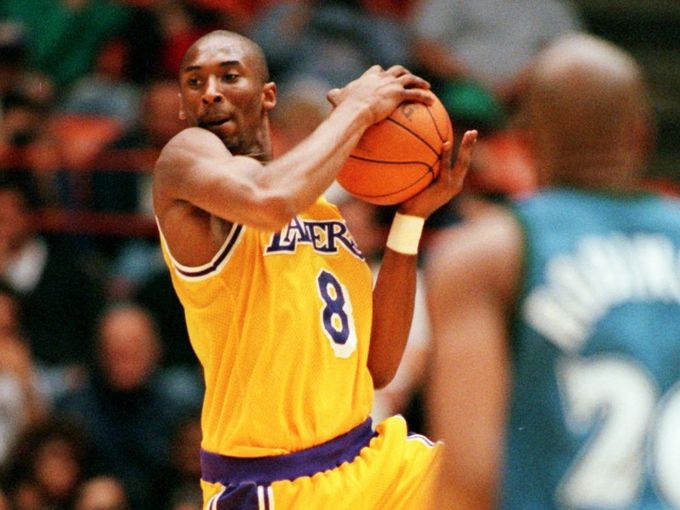