Last summer I was raving that 38 year old Jason Williams “still has it” after watching him tear up the Orlando Pro-Am and yell “I ain’t travel since I was 6.” Well, in terms of “it” being excitement, nothing has changed since last summer, or when he retired at the age of 33, or when he came into the league and left Gary Payton frozen at 23, or when he was named West Virginia Palyers of the Year at 18. The 39 (pushing 40) year old White Chocolate is still a magician with the rock and still making the Orlando Pro-Am one of my favorite Pro-Ams to watch every summer.

Hopefully Austin Rivers makes his return too. Last summer he and Williams were the two main attractions.

Shout out to Home Team Hoops for the mixes and be on the look out for Jason Williams who will be playing alongside the White Mamba Brian Scalabrine on the Grantland team in the Million Dollar Tournament. 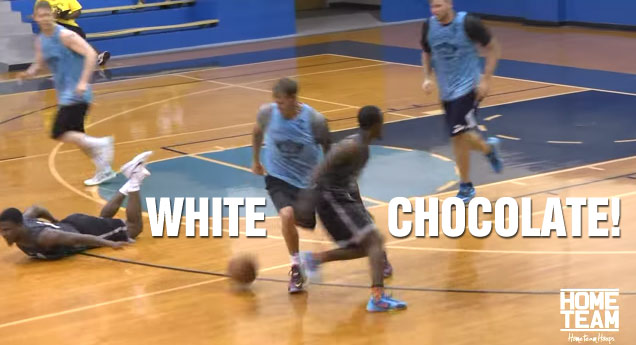