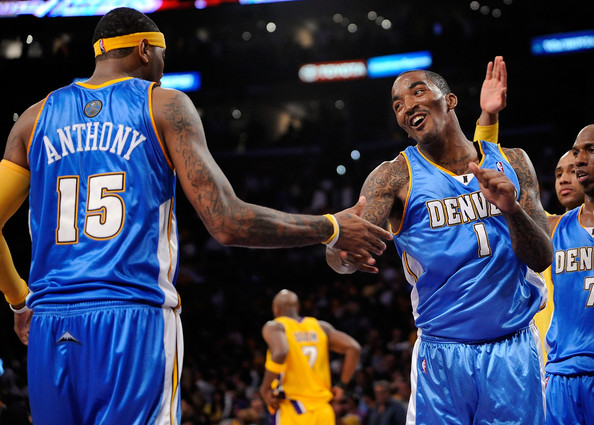 Cavs fans are probably looking at this throwback pic and saying how great it would have been if Melo reunited with JR Smith in Cleveland and Chauncey Billups didn’t turn down a GM position to keep playing 3-on-3 basketball for Ice Cube. Lakers’ fans are looking at this and feeling sad for Lamar Odom and then cheering up when they think about the thought of LeBron possibly leaving Cleveland (again) and taking his talents to LA.