Chris Paul is going to give himself a heart attack one day.  It doesn’t seem like it takes much for an opponent, ref or teammate (DeAndre), to cause the chip-on-his-shoulder superstar to spazz out.

During the 3rd quarter of the Clippers loss to the Blazers, Paul was pulled down on a layup attempt by  CJ McCollum which caused Paul to drop, roll and get up like he was ready to drop somebody. Enter nice guy (when he’s not killing your team) Damian Lillard, who grabbed Paul and nicely said “chill the f out” with a smile. 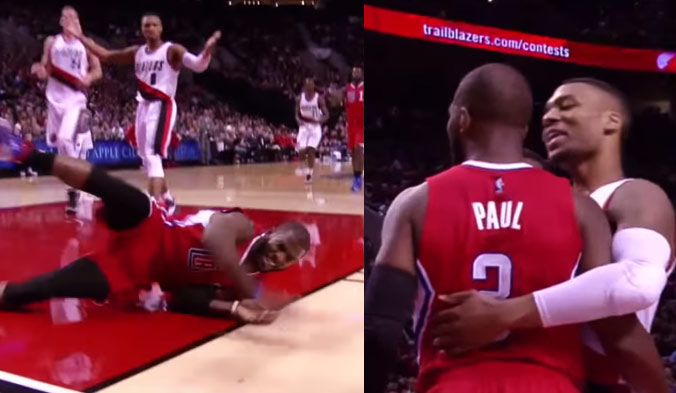 Dame then proceeded to give Paul and the Clippers buckets on his way to 27 points and 7 assists. As for Paul, he had a rough night and was just 4 of 12 in the loss.

CJ continued his exceptional season with 18 points…but I don’t think his apology was accepted by CP3. 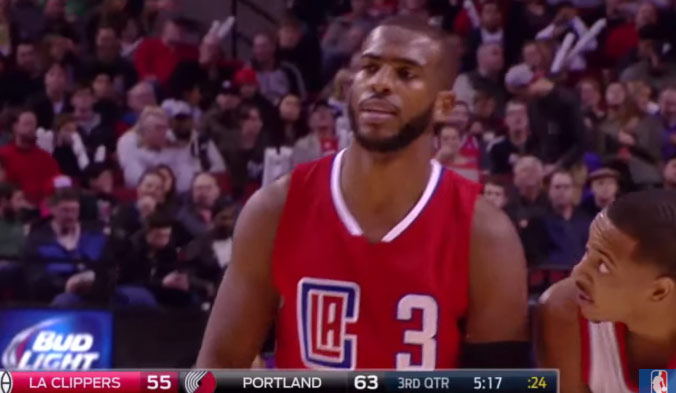