On Monday night, Draymond Green played 44 minutes in Game 5 of the NBA Finals. Later that night and into the early hours of Tuesday morning, Draymond was playing the role of Too Short’s hype man and poppin’ bottles at a NBA Finals after-party. Most players probably would have spent the following day laying in bed, sleeping or laying in bed for other reasons. By noon, Draymond was back in the gym and working out — with the championship trophy in sight.

If that doesn’t motivate you, then maybe the story of an overweight college player who was drafted late in the second round becoming a two-time All-Star and NBA champion would.

This was Draymond in College… 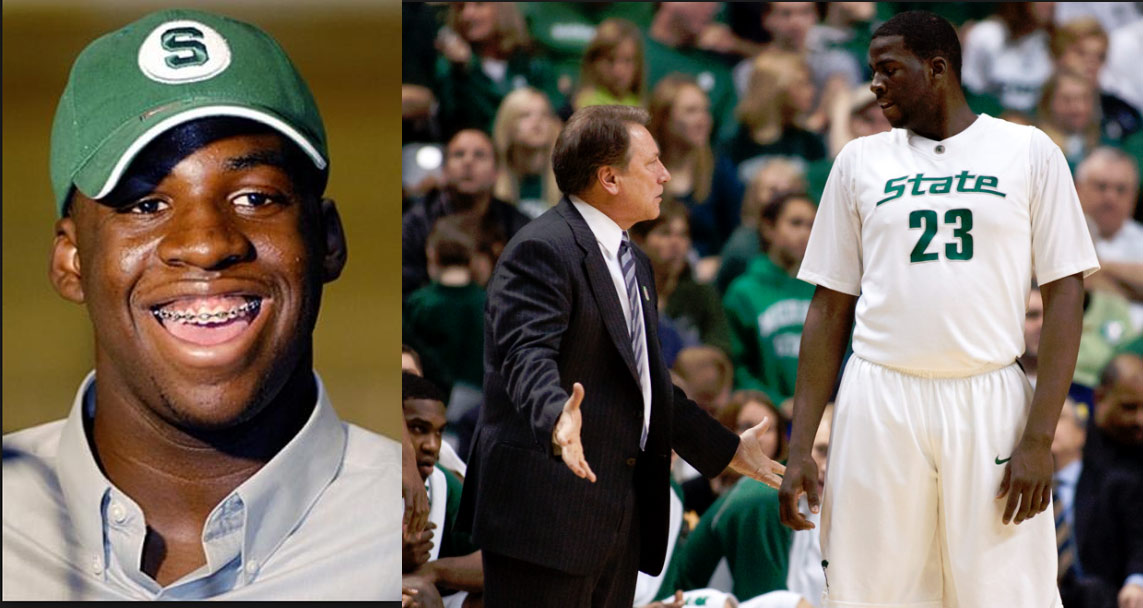 As a fairly unknown rookie with the Warriors, Draymond’s weight peaked around 248 pounds. After cleaning up his diet (no more tacos) and incorporating more cardio (riding a bikes in a sauna) into his workout, he was able to shed 20 pounds going into his second season. In an article by ESPN, Draymond claims the weight loss has alleviated chronic knee pain, improved his stamina and enabled him to cut down on mental errors.

Not satisfied with his leaner body and a resume that now included All-NBA Second Team, All-Defensive First Team and NBA Champion, Draymond hired a chef and nutritionist before this season

“This year was the first time that I hired an actual nutritionist, it’s been amazing,” Green says during an Uniterrupted video about his healthy lifestyle. “I hired a chef, and he’s been incredible. I feel like that’s completely taken me to a different level.

“All that stuff makes a difference. Until having them this year, I didn’t notice how bad I felt years prior to this. Body starts to change, starts to feel better. It’s like, man I never knew I was feeling that shitty. I tend to think, ‘Ah man, if I do everything right on game day I’ll be fine.’ But the day before, we’re playing basketball, we’re running up and down a basketball court. Performance is important. Some jobs you can completely bullshit the day before and you’ll be just fine when yo go to work tomorrow. It ain’t always the case with what our job is.”

In honor of Draymond losing weight, not getting suspended in the NBA Finals and not losing to the Cavs again, here’s a couple of videos of my pick for 2017 NBA Defensive Player of the Year during his early NBA days, including a video of then teammate and current Cleveland Cavalier Richard Jefferson messing with him, as a rookie, about “longevity in the NBA.”

If RJ only knew.