2006
The inaugural Boost Mobile Elite 24 set the tone, as Rucker Park was jam-packed and the court full of future NBA talent. J.J. Hickson of Wheeler (Marietta, Ga.), now playing for the Denver Nuggets, led all scorers with 34 points in a losing effort, as his “Goat” squad fell to the “Skip To My Lou” squad, 141-139. 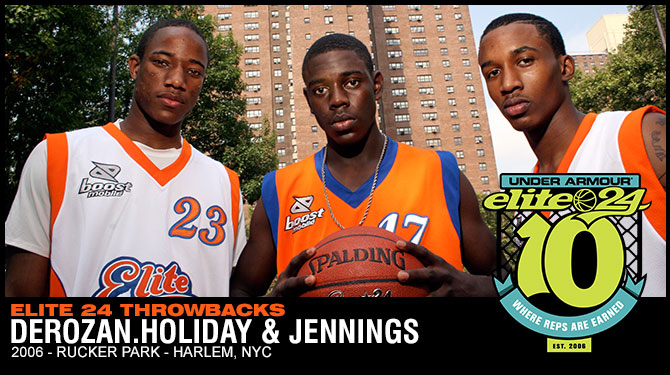 NBA players Ben Gordon and Jason Kidd served as honorary coaches for the two teams named after the most revered Rucker Park legends: the late Earl Manigault of Harlem and Rafer Alston of Queens.

The game was the plot for the documentary of Gunnin’ For That #1 Spot, directed by Adam Yauch of Beastie Boys fame. The film centered on eight of the game’s players, all NBA draftees, and opened in theaters June 2008.

2007
The “Goat” squad defeated the “Skip” squad, 169-164, but the final score was nothing compared to the individual battle between 2010 NBA Rookie of the Year Tyreke Evans and Coney Island native Lance Stephenson. Playing for Skip, Stephenson led all scorers with 38 points, a Elite 24 record that still stands. “Reke Havoc”, the No. 4 pick in the 2009 NBA Draft, finished with 26 points. 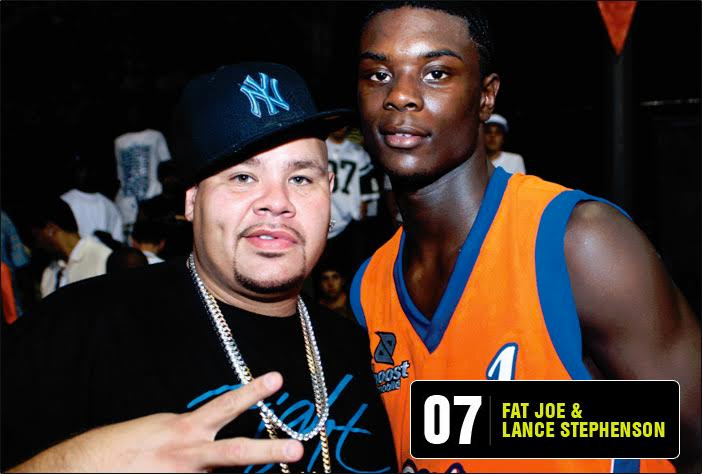 2008
Before the “Skip” squad got back in the win column with a 135-121 triumph over “The Goat” squad, current North Carolina guard Dexter Strickland of St. Patrick (Elizabeth, N.J.) won the first Under Armour Slam Dunk Contest. Another Garden State playmaker, Dominic Cheek of St. Anthony (Jersey City, N.J.), shined during the game with 23 points and seven rebounds for Skip. Doron Lamb of Bishop Loughlin (Brooklyn, N.Y.) led the winning club with 25 points.

Explosive guard John Wall from Word of God Academy (Raleigh, N.C.) scored 10 points for the Skip squad and threw down two highlight dunks. Lance Stephenson of Lincoln (Brooklyn, N.Y.) led all scorers with 29 points in a losing effort for the Goat squad. 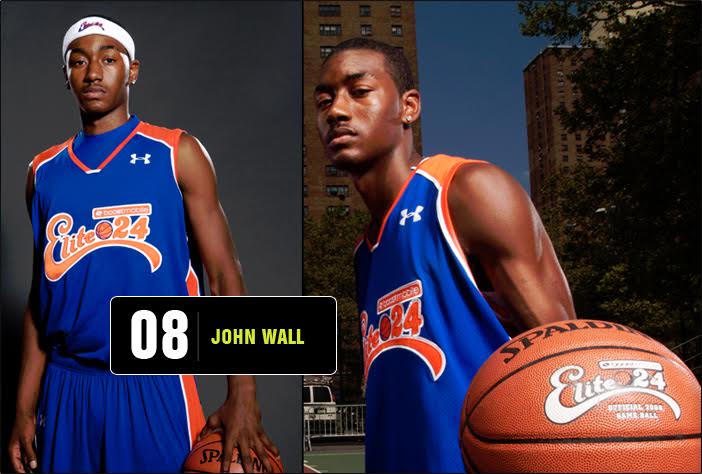 2009
Rain washed away the opportunity for 24 of the nation’s best players to play at the world-famous Rucker. The event was moved indoors to the Gauchos Gym in the Bronx. At first, the missed opportunity dampened the players’ spirits, but an overflow and late-night crowd reset the energy for everyone. 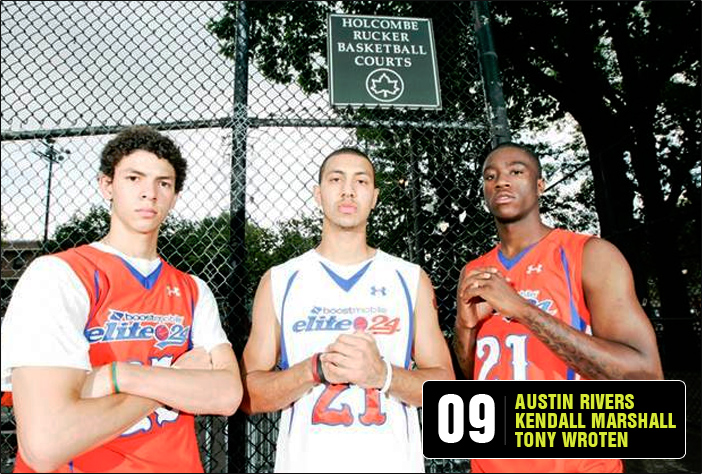 The game’s highlight was an emphatic dunk by Lake Clifton (Baltimore, Md.) guard Josh Selby. He took two power dribbles down the right side, elevated over a startled Kendall Marshall of Bishop O’Connell (Arlington, Va.) and threw it down with authority. Word of God (Raleigh, N.C.) forward C.J. Leslie finished with 15 points, 11 rebounds, two assists and two blocked shots to earn co-MVP honors for The Goat with Selby, who finished with 18 points.