Although the sports drink was around for decades before they signed Jordan, it wasn’t until 1991 when they released the “Be Like Mike” commercial that Gatorade became cool.

You can add Coke next to Adidas on the short list of companies that could have enjoyed a long profitable relationship with Michael Jordan but allowed another company to come along and win the MJ lottery.

In the 80s, Jordan was one of many celebs signed with Coke. But when his deal was up, Jordan’s super-agent David Falk wanted a deal from Coke similar to the deals they were giving musicians like Elton John and Whitney Houston. Coke refused to give Jordan a 10-year deal like Falk wanted so Quaker was able to scoop up Jordan in 1991 with a 7-figure 10-year deal which became the template for many future Jordan deals.

Now that Quaker had won the MJ lottery, they had to let the world know about it. They ended up hitting a home run on their first marketing campaign.

Here’s the story behind the “Be Like Mike” campaign via Sports Business Daily.

BBV Creative Director Bernie Pitzel had recently seen Disney’s “Jungle Book” with his 5-year-old, and the movie became the inspiration for the campaign. Pitzel mixed some Jordan footage from Nike ads with the song “I Want to Be Like You.” The sample ad ended with a message that read, “Be Like Mike. Drink Gatorade.”

Steve Seyferth, then running the Gatorade account for BBV, recalls high-fives being exchanged when the sample creative was first shown to Gatorade marketers. Schmidt loved it immediately and promised to check with Jordan on whether it was permissible to call him “Mike” instead of the usual Michael.

Everyone loved it but Disney, which asked for $1 million to license the song.

Meanwhile, Jordan’s popularity blossomed, as the Bulls won their first NBA championship in June and MJ took home the NBA scoring title as well as both the regular-season and playoff MVP awards.

By the time the agency began shooting in July, some assistance from Falk helped reduce Disney’s asking price to $250,000 — with the provision that the “Be Like Mike” slogan be eliminated. Seyferth remembers getting this news on a golf course with Schmidt. As soon as he repeated the offer, both men shook their heads no.

“‘Be Like Mike’” made the campaign, not the music,” Seyferth said.

Shortly thereafter, Pitzel sat down at Avanzare, his favorite Chicago watering hole, and penned the lyrics for what became “Be Like Mike” on a cocktail napkin. BBV got the catchy Caribbean tune from a commercial music house. “Be Like Mike” launched Aug. 8, 1991. 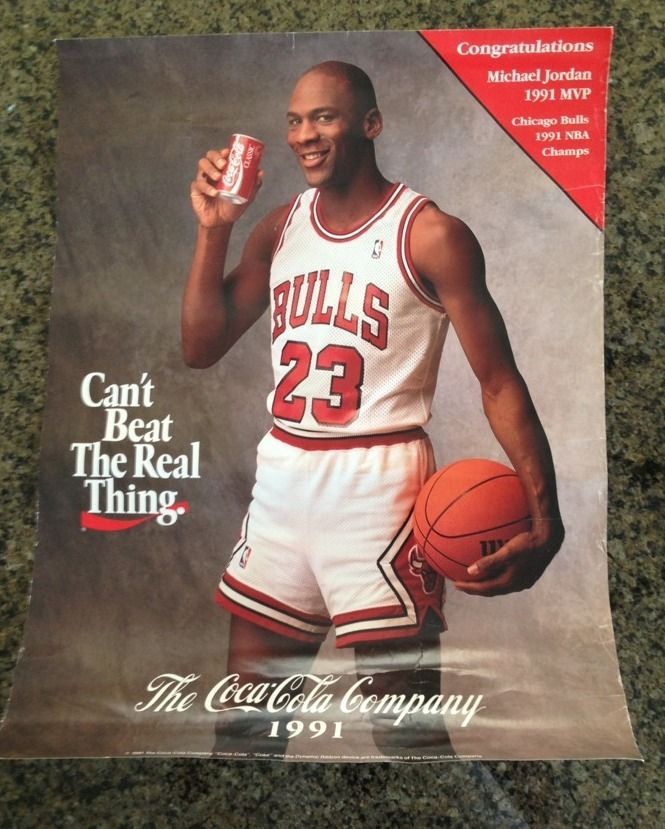 Coke should have listened to their own slogan: Can’t beat the real thing.

To make things worse about Coke losing MJ is the fact that Gatorade was bought by Pepsi in 2001. 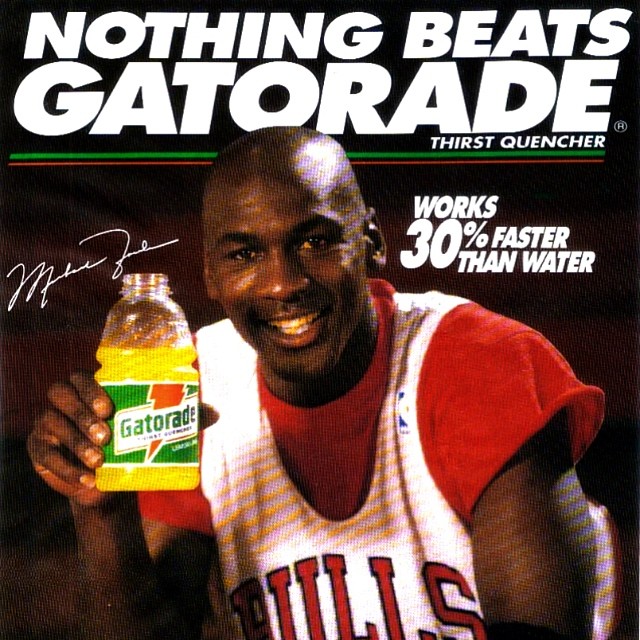 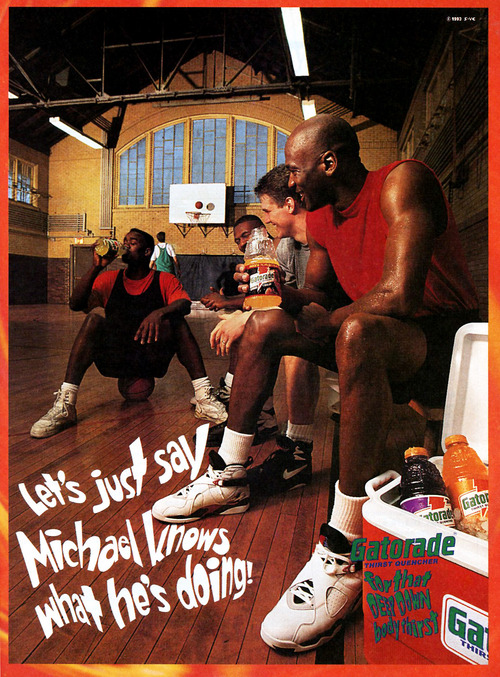