It’s undoubtedly one of the most memorable moments in basketball history.

It’s a moment every baller from grade school to old-man-pick-up games wants to pull off at least once. It’s on my bucket list. It’s arguably the greatest highlight in NBA Finals history. No, I’m not talking about Jordan’s switching hands lay-up, shoulder shrug after six threes or game-winner after a shove. I’m not talking about Dr J’s under the backboard reverse layup or Magic Johnson’s game-winning baby skyhook. I’m talking about the signature step over Allen Iverson did to Lakers’ guard Tyronn Lue in Game 1 of the 2001 NBA Finals — June 6th of 2001 to be exact.

It was textbook from the get-go with Iverson flawlessly conducting another ankle-breaking highlight by grabbing the ball in the corner, taking Lue baseline, then cutting back by going through his legs and pulling up for the long two. Everything was perfect. From Iverson’s smooth move to the way Lue fell behind him. Hollywood couldn’t script it any better if they tried and not even the greatest of actors could have played it out any more perfect. After Iverson drained the shot, he turned around to run back on defense and saw Lue lying right in front of him. So what would you do in this situation? If you are Iverson, you would give the coldest stare you’ve ever lain on anyone and then proceed to walk over them in slow motion.

As much as we love to celebrate this moment every year as if it was a holiday, Lue doesn’t care for the invites and has a pretty funny reply to anyone who brings it up.

Ty Lue’s reaction: “Did they put up the anniversary of my championship ring a couple days later?” https://t.co/mNVVjtkOqI

But don’t think Lue is a total Scrooge about the play. He did pose for a picture with a guy wearing the iconic moment on a shirt and did get a nice paycheck from the Wizards, thanks to Iverson.

Also worth mentioning about this game is Iverson had a game-high 48 points in the victory and this was the only victory against the Lakers during this postseason. 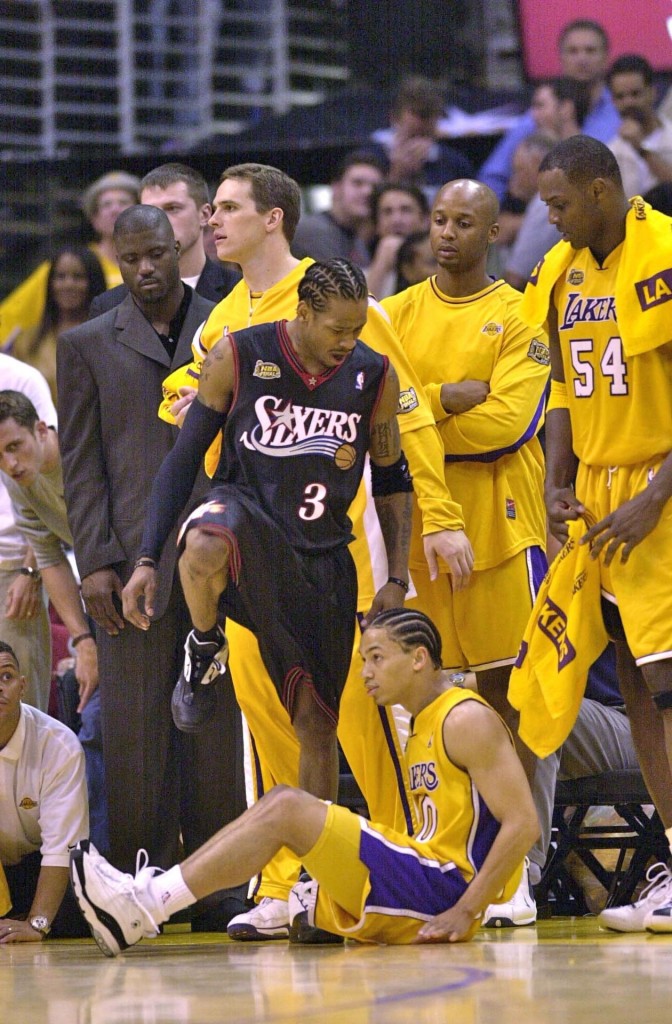