Canada’s Jamal Murray might be welcomed with open arms when he arrives at the University of Kentucky, but he’s not the most well liked guy by the U.S today.  The 18-year old Orangeville prep star scored 22 points, including 14 in the 4th quarter and back-to-back 3-pointers in OT, to give Canada an OT win over the U.S in the Pan Am Semifinals on Friday.

Murray also had 6 assists (2 big ones in OT) and 4 rebounds during the contest which had a happy John Calipari tweeting “For someone his age to do what he did shows how good he is and why we wanted him in the worst way” after the game.

National team GM Steve Nash also had some high praise for Murray who said he needed a beer after surviving the game.

“He’s … got such balls and he’s not afraid of he moment,” Nash said of Murray “He embraces the moment and that’s why he’s very, very special.”

Murray on game-tying 3 in regulation: “After how much space he was giving me, it was kind of disrespectful.”

As great and clutch as Murray played, it wasn’t a one-man show that beat the U.S.  Canada also got a game-high 31 points and 10 boards from the Magic’s Andrew Nicholson and 18 & 14 from former #1 pick Anthony Bennett who also had the first 5 points in OT. 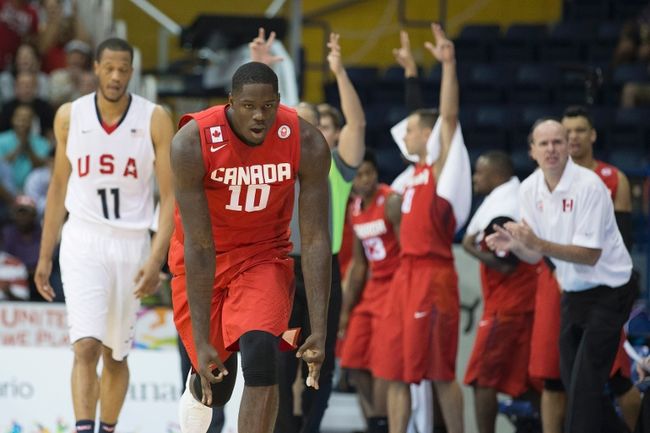 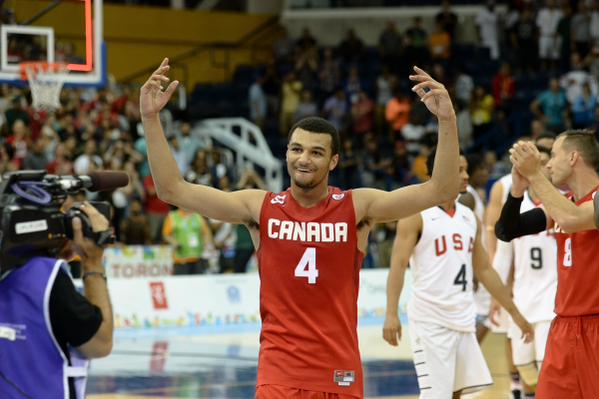