Jaylen Brown’s team-high 22 points in the Celtics comeback victory vs the Warriors on Thursday wasn’t his career-best but his performance in the Celtics’ 14th straight victory might be the most memorable of his young career. For Brown, it was also a very emotional one.

Earlier in the day, the 21-year old Brown learned his former High School teammate and childhood best friend, Trevin Steede, had passed away. He wasn’t certain if he was going to be able to play and even told Coach Stevens he didn’t think he could do it. Then he received a phone call from Steede’s mother. She encouraged him to go out and play for Steede. He did and was a major reason for the victory against the defending champs.

“My best friend passed last night. It was tough to kind of accept it,” Brown said after scoring 22 (Steede’s High School number) in the game. “Everybody was kind of in shock. But I knew coming into today that he would have wanted me to play. It was hard getting my thoughts together, but after talking to his mom and his family, they inspired me to come out and play.

At the end of the game, Irving gave Brown the ball, hugged him and said, “This one was for Trevin.” 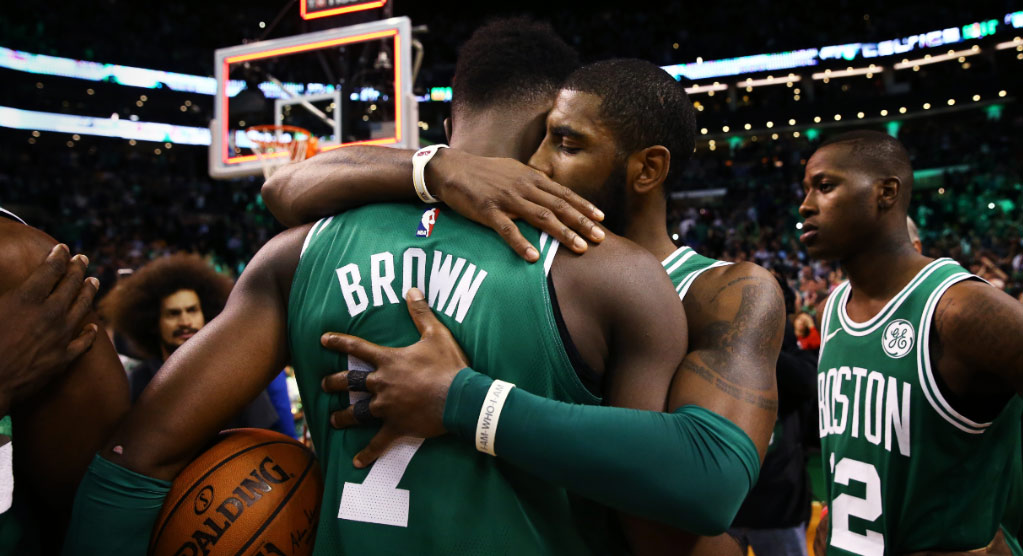 “I knew from the start of the game. I gave him some great words that was given to me.” Said Irving. “I’ve lost individuals in my life. It’s never a good thing when someone else is going through it. You do your best to console and to encourage them, but at the end of the day, it’s about the strength within themselves and he showed a lot of that tonight, to be able to go out there and perform the way he did, I knew exactly where the game ball was going to.”

That one was for you bro !! #RIP pic.twitter.com/Rnvy54Wsh2