Texas Longhorns fans are going to love this news: Kerwin Roach II is withdrawing from the NBA draft and returning for his senior season at Texas.

“After getting as much information directly from NBA personnel and talking with my family and my coaches, I’ve decided to return for my senior season at Texas,” Roach said in a press release. “I’m hungry for the opportunity to make a career in the NBA, but I realize I have to improve in so many areas on the court. I’m also on pace to earn my degree, and that is a big deal for me and my family. I’m really excited to get back to work with my returning teammates and a great group of freshmen.”

Since I live in Houston, I’ve known about the 6’3″ Roach and his grasshopper-like hops since he was a making posters in high school. I’ve been posting about him since he released a video of himself touching the top of the backboard and doing an equally impressive back flip as a Texas freshman. I remained a fan as he continued to make posters throughout college — including a couple on some Dukies — and even dunked over his mom, who told him he would be grounded if he messed her hair up.

I was looking forward to seeing him on a NBA roster but I’m happier to see him return to college so he can complete his degree, which is reportedly in Physical Culture & Sports. I just assumed it was in Art because he’s made a few masterpieces worth framing and displaying. 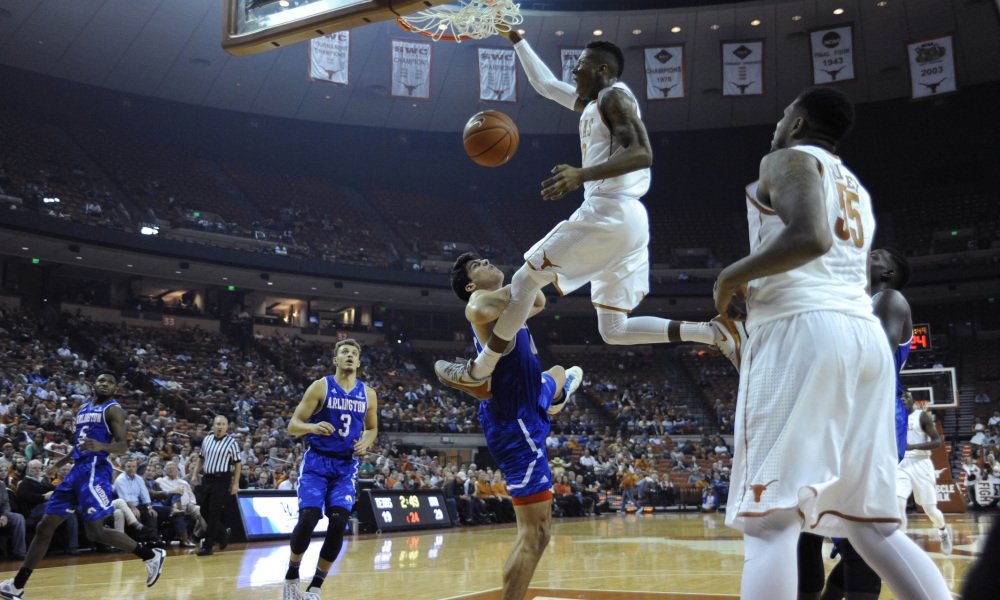 DUNKING OVER HIS MOM