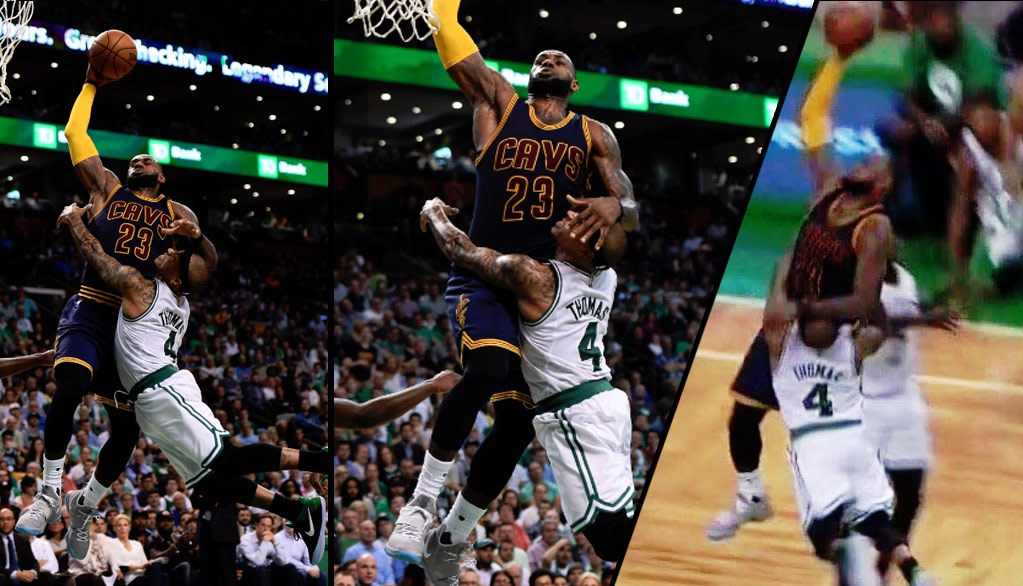 By now you have probably seen these hilarious photos of Isaiah Thomas hanging on LeBron, screaming, “Take me to the NBA Finals!” It’s unfortunate James wasn’t able to complete the dunk and posterize Thomas (even though these are going to make great posters on my office wall) but the sight of seeing a Celtic wearing #4 trying to stop LeBron in mid-air should bring back memories of a certain poster dunk in Boston.

What makes this so interesting is Jason Terry was wearing green shoes to go with his home Celtics jersey and just so happens to wear #4, like Thomas. The cherry on top was seeing Avery Bradley help Terry up because Bradley was also near LeBron and Thomas. 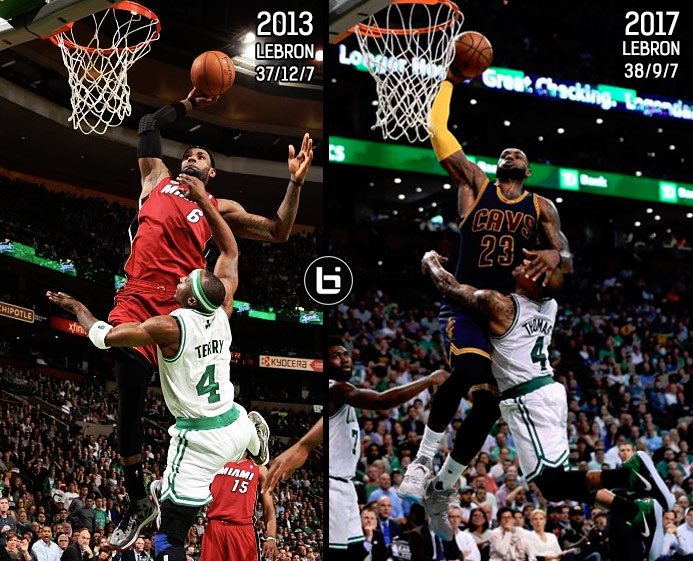 If the similar side-by-side pics weren’t cool enough, LeBron also had a similar stat line with 37 points, 12 assists and 7 boards in 2013 and 38 points, 9 boards and 7 assists in Game 1. The one big difference is Game 1 was won in the first quarter and the 2013 game was won in the final seconds, as LeBron knocked down a game-winner.