Do you remember when McDonalds sold Pizza?

How about the Onion Nuggets, Arch Delux or the McJordan?

It’s been 15 years since McDonalds introduced the McJordan burger in honor of their most famous celebrity endorser: Michael Jeffrey Jordan. It was sold exclusively in Chicago locations and was basically a quarter pounder with bacon and a “special” BBQ sauce (that some Jordan fanatic paid $9,995 for a jug of it in 2012) instead of ketchup.

If you feel like eating one of these (without 25-year-old sauce worth more than gold) then check out this video by awesome sneaker freak Brad Hall, showing how to order the retired menu item.

Remember to do the following things if you want a worthy clone of Jordan (like a Kobe or early Vince Carter) or you might end up with a Stackhouse or Harold Miner burger. 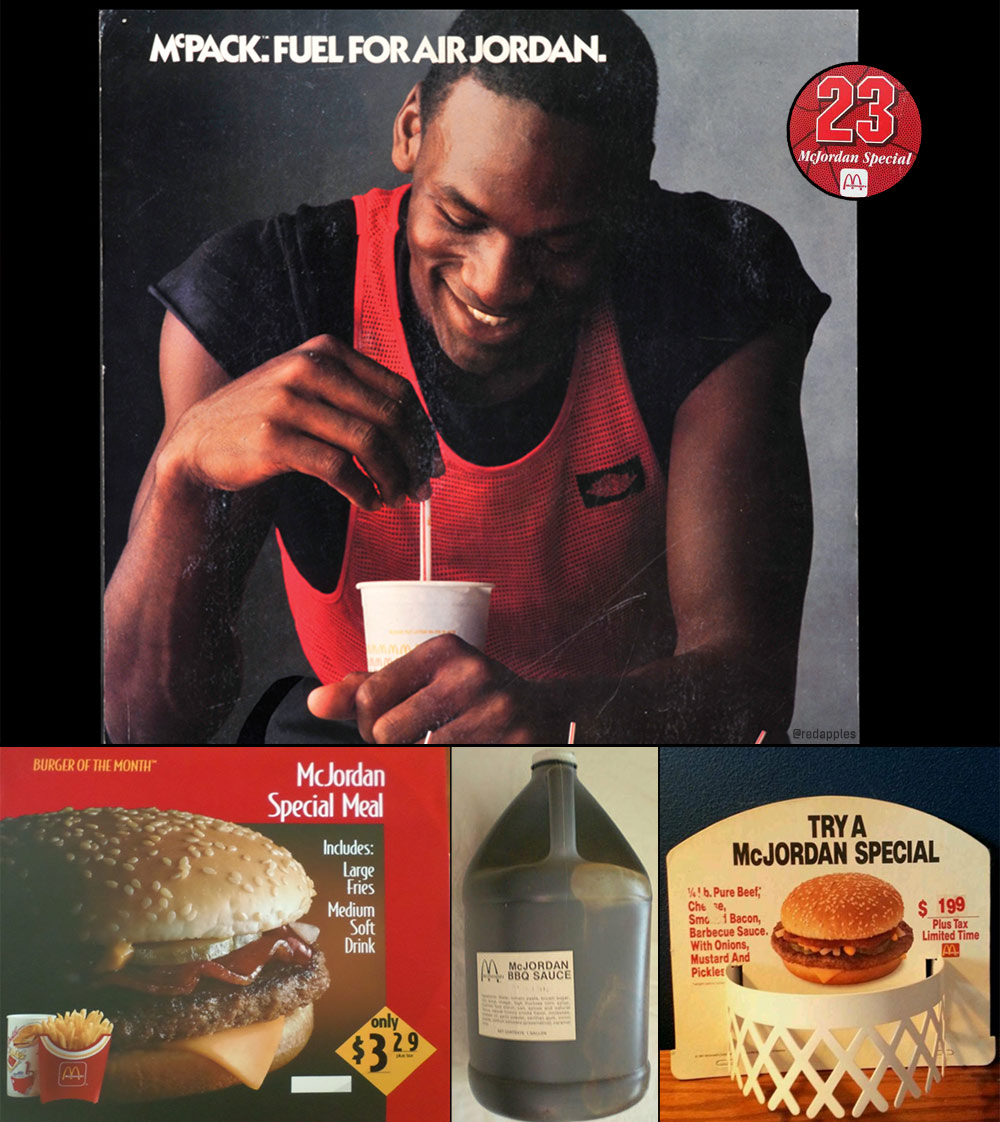 Also worth mentioning before we get into Jordan’s best and worst McDonalds’ commercials is the fast food chain used to also sell a “Big 33” burger in honor of Larry Bird; It was basically the McJordan minus the sauce, which makes perfect sense.