On a 2013 episode of Open Court, Grant Hill reflected on his career with the crew and talked about what got him through his injuries and how YouTube has allowed youngsters, like his daughter, realize how great he was in his prime.

He also took his socks off and showed the crew his ankles, which isn’t a pretty sight, but an inspirational one. 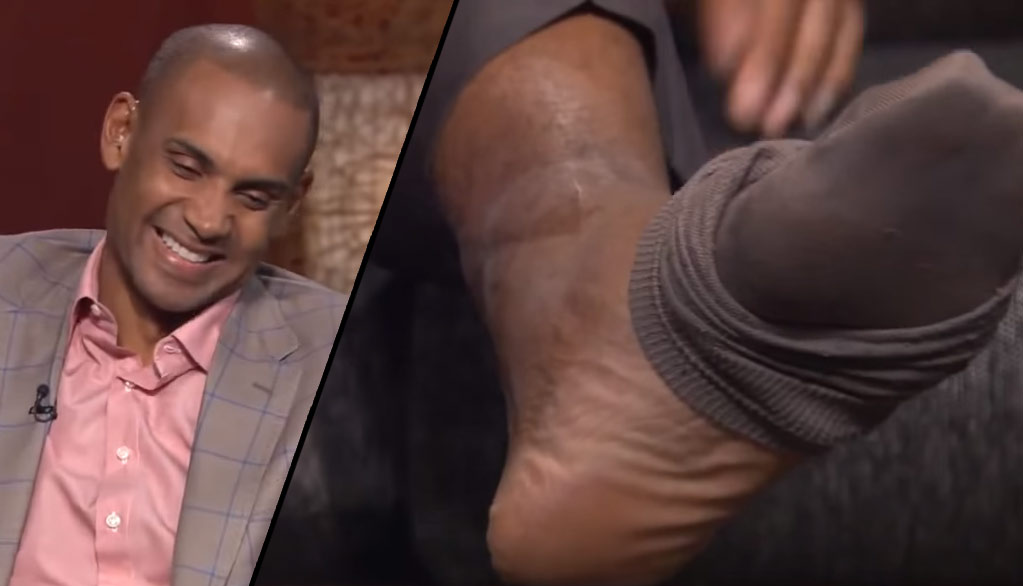 The rest of the Open Court crew also shared their thoughts on his greatness and here’s mine.

That’s how the saying goes and Grant Hill is one of the good guys.  So the question is what race or event did he finish last in. In my book, the answer is none but when I see the Eddie Curry & Darko busts or the trouble-making JR Riders of the past 18 years leave the league with a championship ring on their finger and relatively healthy legs it saddens me to see Grant Hill, at 40 years old, retire with bare fingers and damaged knees and ankles that have seen more surgery knives than Greg Oden. And like Oden, those knives took years from Grant and had us asking, “Is he the next Jordan?” to “Will he still make it to the hall-of-fame?” to “When will he play again?” to “What could have been?”

Grant Hill was a basketball great that can’t be fully appreciated from just looking at youtube videos, boxscores and stats – although he did put up some amazing numbers in his first few years: Only the Big O, Bird and LeBron James accumulated more points, boards and assists in their first 6 seasons than Hill. In his third season, he had a third of the league’s triple-doubles and was third to only Karl Malone and Michael Jordan in MVP voting. He was also so popular he beat out Jordan and Shaq in All-Star votes during his first two seasons. Hill was such a great playmaker, he led the league in assists for a non-guard for 4 seasons, but when he needed to put up points, he could put up points.

In the summer of 2000, Hill left Detroit and signed with the Orlando Magic along with Tracy McGrady and formed a duo that was supposed to rival Shaq & Kobe — a player Phil Jackson considered trading to the Pistons in 1999 — and bring a championship to the city that Shaq could not. What happened was T-Mac became a one-man show that never saw the light of the 2nd round of the playoffs, while Hill missed 356 of a possible 492 games over the next 6 seasons.

Many people, including some of Hill’s doctors, thought it was time to slow down and hang up the shoes. Hill did the opposite and tightened his sneakers to run and gun along side Steve Nash in Mike D’Antoni’s up-tempo system in Phoenix. He not only showed flashes of the brilliance we saw on a nightly basis in Detroit, but in 2008, he played all 82 games. During 2008-2011, his ankles held up for 243 out of a total of 246 games.

In the summer of 2012, the rumors had Hill going to Cali to team up with 5-time NBA champion Kobe Bryant, but instead, he signed a 2-year deal with the youthful Clippers. A bum knee only allowed Hill to play 29 very forgettable games for the disappointing team that was eliminated in the first round of the playoffs.

Hill left the NBA race, without a ring, in 2013, but stayed close the game by becoming the host of NBA Inside Stuff – a show that he appeared on just as many times in the 90s for his highlights as he does now being the host – and appearing on shows such as Open Court.