On this day in history, November 19th of 2004, the infamous Malice at the Palace brawl between the Indiana Pacers and Detroit Pistons happened on live TV. A brawl that led to five players being charged with assault, nine players receiving a suspension and five fans getting hit with criminal charges and a lifetime ban from attending Pistons home games.

Metta World Peace, back when he was Ron Artest, received the biggest punishment (73 regular-season games and 13 playoff ones), which resulted in almost $5 million in lost salary. Teammate Stephen Jackson had the second biggest suspension (30 games) for going into the crowd and punching a fan. 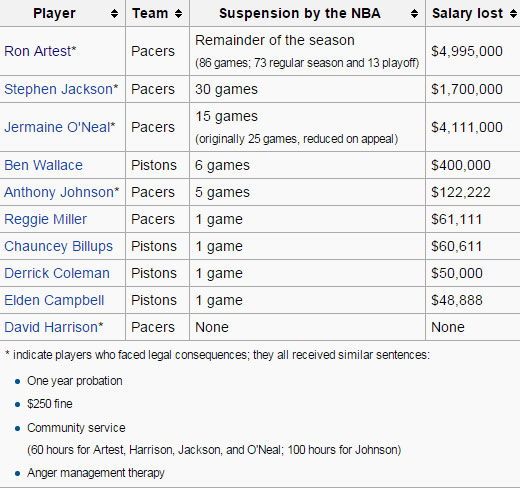 Raw & rarely seen footage of "The Malice At The Palace" brawl that happened on November 19th, 2004. https://t.co/Y6XM4qPsw9 pic.twitter.com/jG9TjSk6c1

Back in 2013, Stephen Jackson talked to ESPN’s Dan Le Batard about the incident and told a pretty funny story about Artest not understanding how serious the brawl was.

“I don’t think [Artest] was thinking at the time,” Jackson said. “Me and Jamaal Tinsley every time I see him we laugh at this. Right after the brawl, we’re in the locker room. And this is why I said [Artest] never said ‘thanks.’ So we’re in the locker room, legs all scratched up from hopping over the bleachers, our adrenaline pumping, we laid a couple people out, like we did something, know what I mean? We all sit back, and Ron Artest aka Metta World Peace, leans back and looks at Jamaal Tinsley and asks us, ‘do you think we’re going to get in trouble?’ I said ‘Ron, in trouble?! We’re lucky if we still have a job!’ That was the funniest thing ever. Trouble? We’re lucky we have a job Ron.”

Ron didn’t have a job with the Pacers for much longer. After only playing 16 games the following season, he demanded a trade and was sent to Sacramento a month later.

Here are a few videos of Ron and Jackson talking about the brawl on other shows. 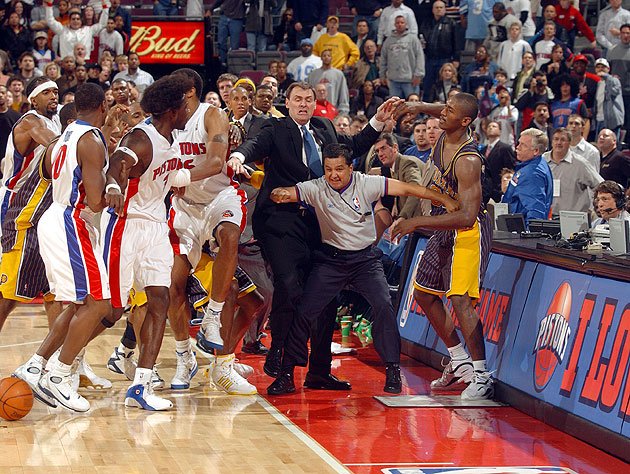 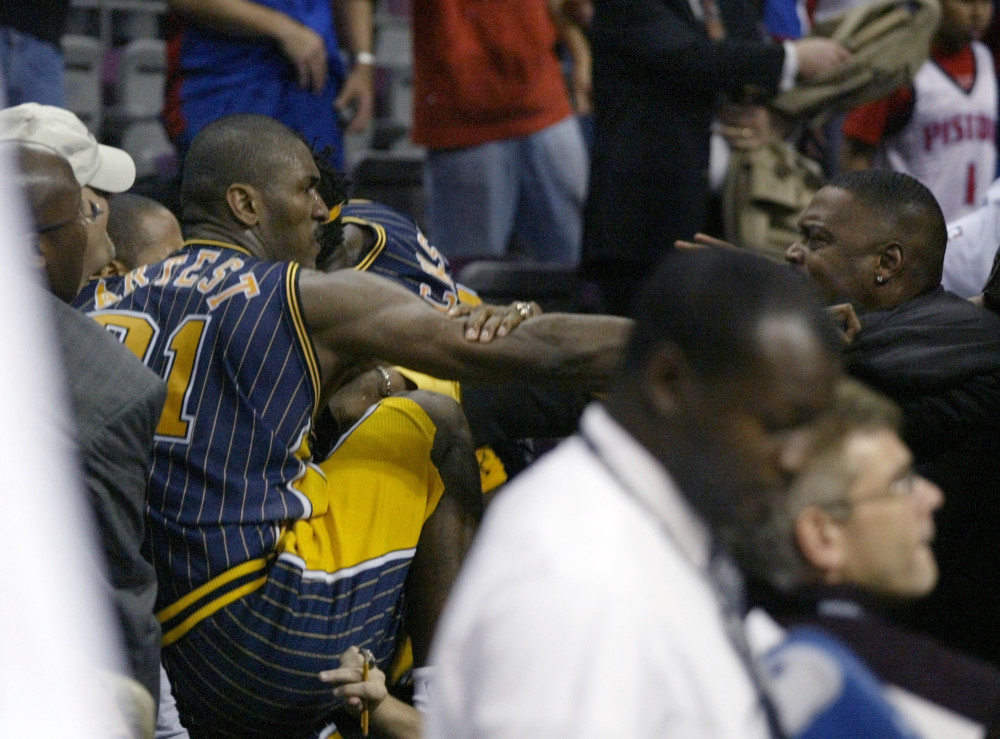 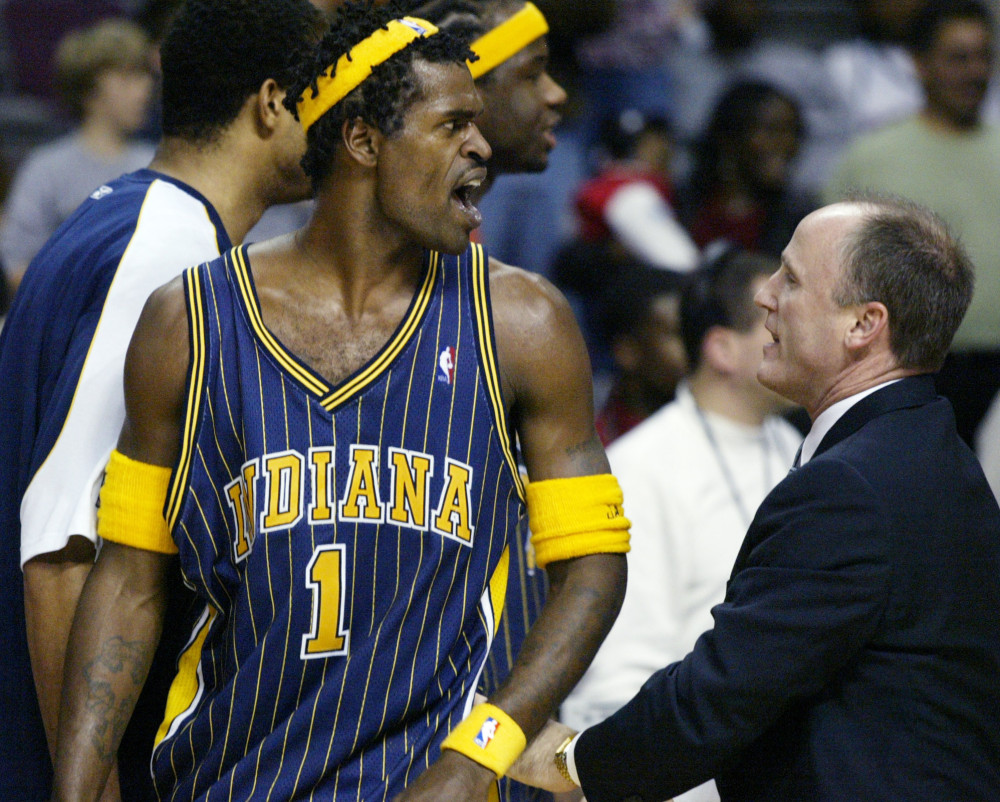 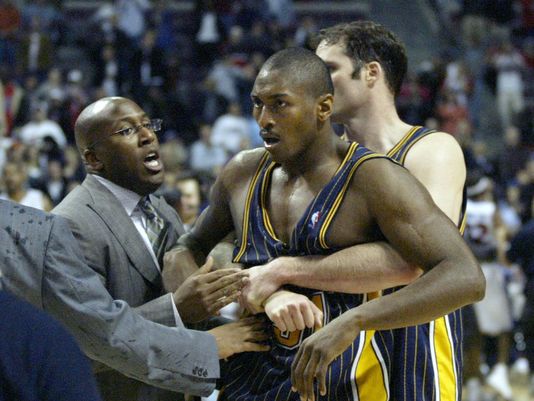 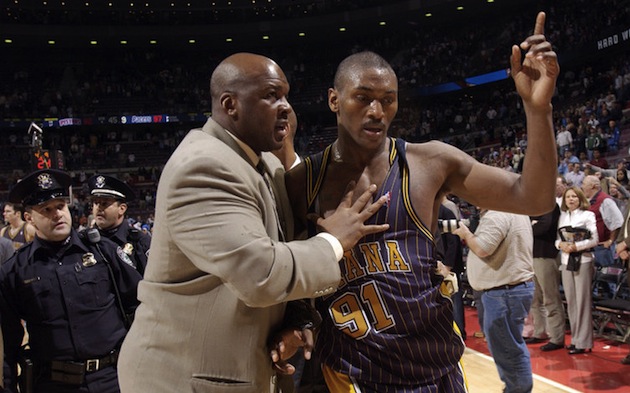 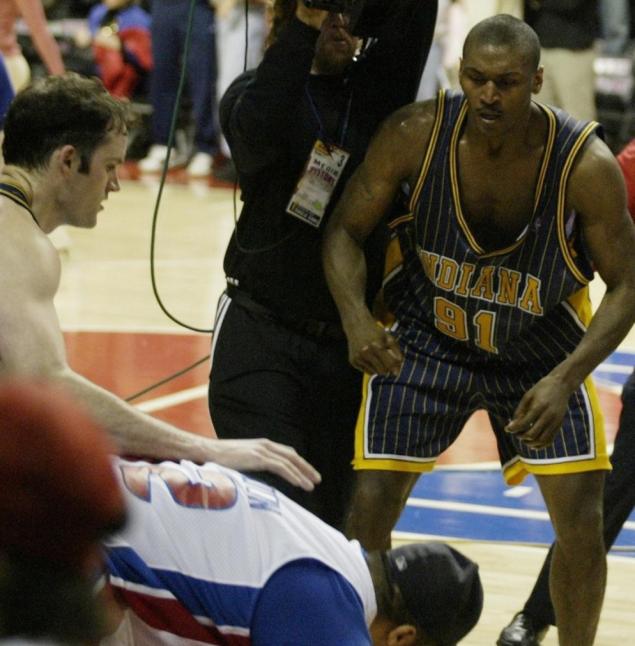 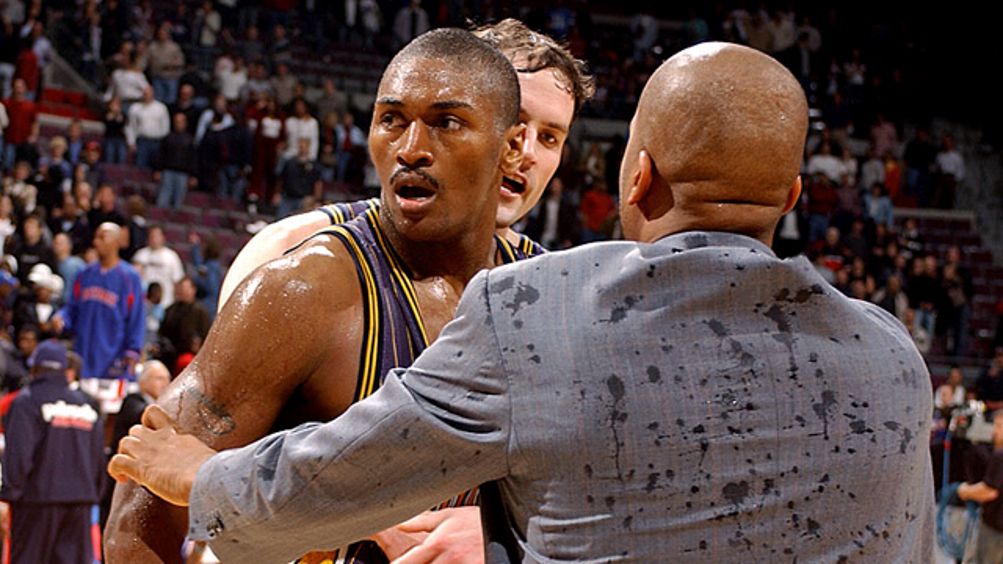 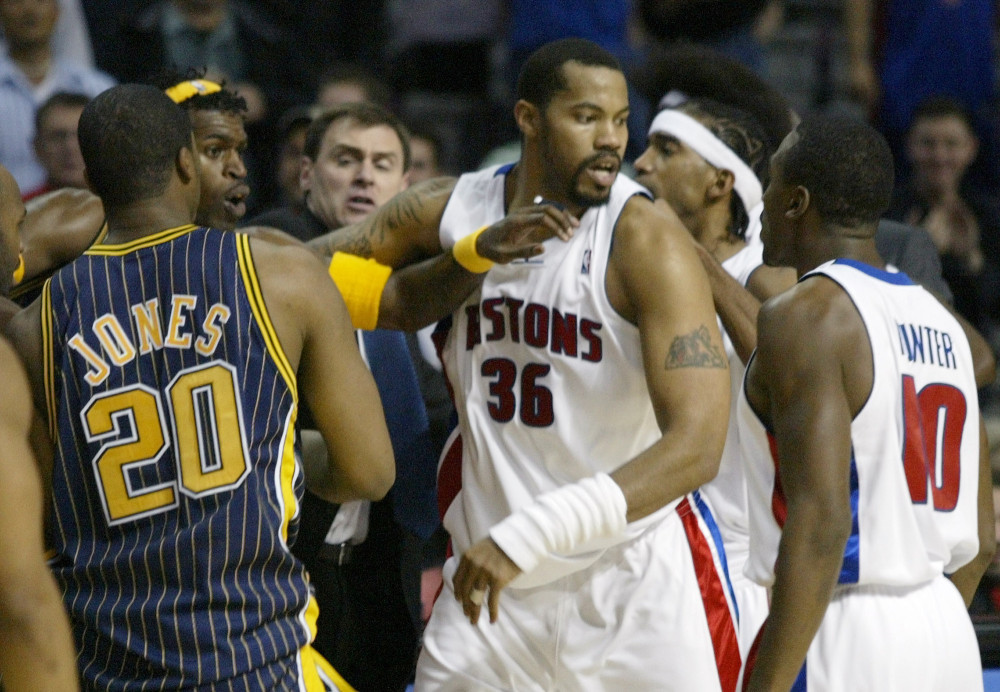 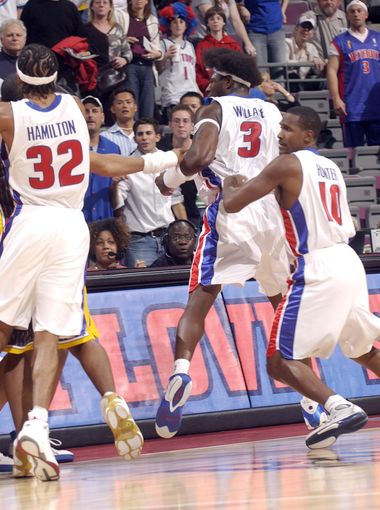 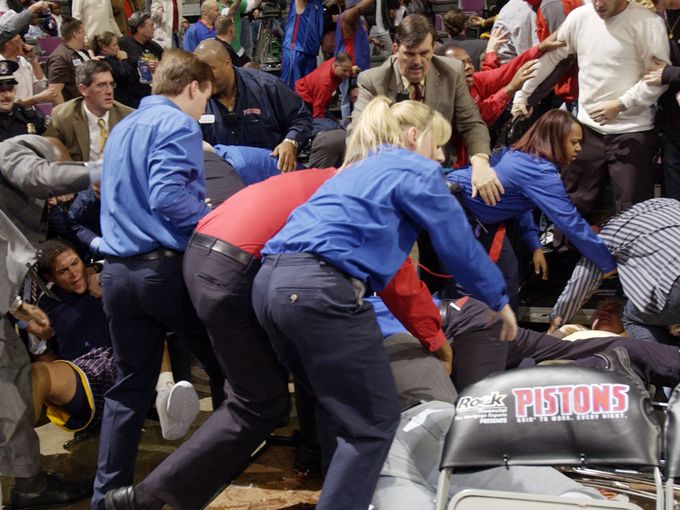 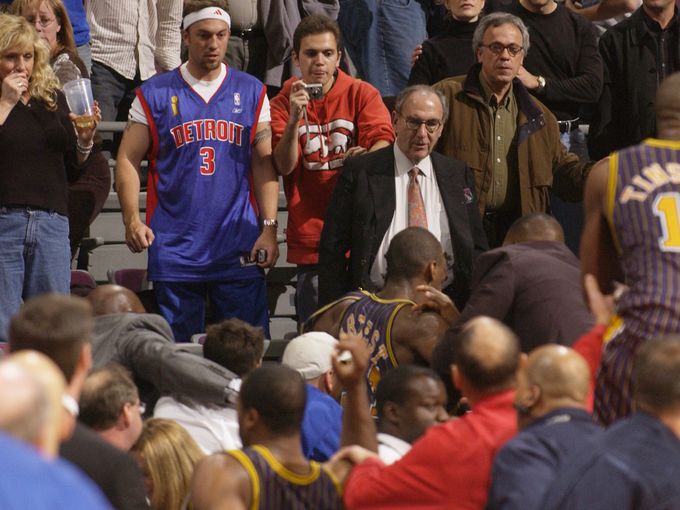 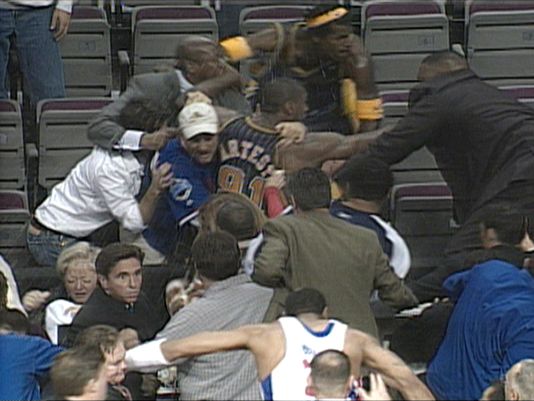