Jamal Crawford is a giving person. So are his aliases.

On the court, JCrossover might give you 20 in the 4th quarter, a game-winner since he already has 11 of them or maybe he might just give you a reason to see an ankle specialist if you are on the opposing team. Off the court, you might catch Jamal Clause giving out toys to kids on Christmas, turkeys on Thanksgiving, basketball tips to campers in the Summer or donations to numerous causes to help better the community.

To show our appreciation for everything he does, we took a trip to the great city where Gary Payton used to throw lobs to Shawn Kemp and stopped by Jamal’s house with a bag full of gifts that I thought Jamal or one of his aliases would not only enjoy but enjoy in the way a younger self would have.

We then sat down for an hour-long chat about how the kid from Seattle became Jay Cee in high school, The Essence at Rucker Park,  JCrossover in the NBA and Jamal Claus to the rest of the world. Crawford also reminisced over the best and worst of times during his still going strong basketball journey and shared numerous amusing stories from hitting game-winners with MJ to Jay-Z’s Rucker Park Dream Team with LeBron, Tracy McGrady and Shaq. Oh yeah, we also discussed the infamous D-Bands!

I will apologize for two things in advance. The biggest being me not having a mic during the interview. But considering I mumble, sometimes stutter and have a habit of laughing at everything I say, I’m not sure it’s such a bad thing that you can’t hear (or see) me. The other is the video gets really overexposed by the end and makes Jamal look like he’s conducting an interview with heaven as a backdrop.  Then again, as corny as this sounds, if heaven is a playground, maybe the heavenly glow is a fitting backdrop. 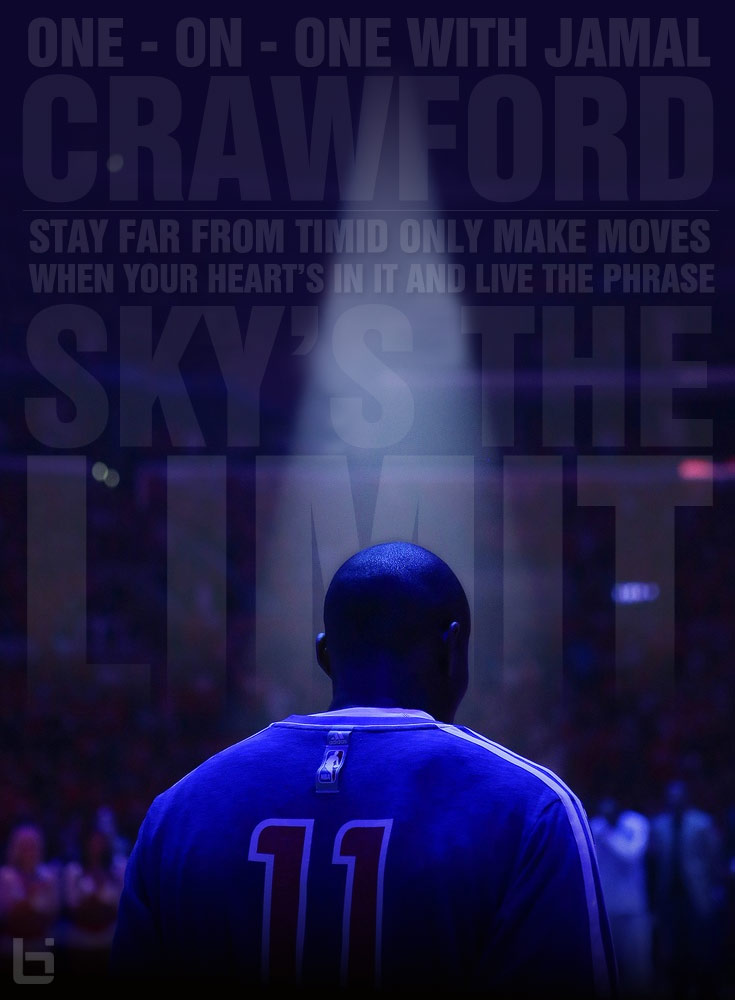