During the 4th quarter of the Kings win over the Raptors on Sunday, DeMarcus Cousins threw down a big dunk that DeMar DeRozan wanted nothing to do with. If you were watching the game on the Kings broadcast then you got to hear the Kings play by play announcer, Grant Napear, say “if you don’t like that, you don’t like NBA basketball!”

I did like the dunk and I do like NBA basketball but sometimes I just want to yell STFU at Grant for saying it every single game!  Then I think how cool it is that he’s been saying it for 27 years (2 years longer than Cousins has been alive) with the same great organization. I then thought about other announcers I love, like Kevin Harlan, legends like Marv Albert and the late great Chick Hearn. Then I thought about how unappreciated play by play announcers are – yes, even Tommy Heinsohn when he’s going off on LeBron – and how important they are to not only being the voice of the NBA but being the voice of NBA history and many of the it’s greatest moments.

I then told myself to STFU after telling Grant to STFU. With that said, hearing him say his trademark quote when it’s against one of my favorite teams is like hearing nails on a chalkboard.

Oh well, I guess I can deal with it. Thanks Grant for being part of the reason why I like NBA basketball. 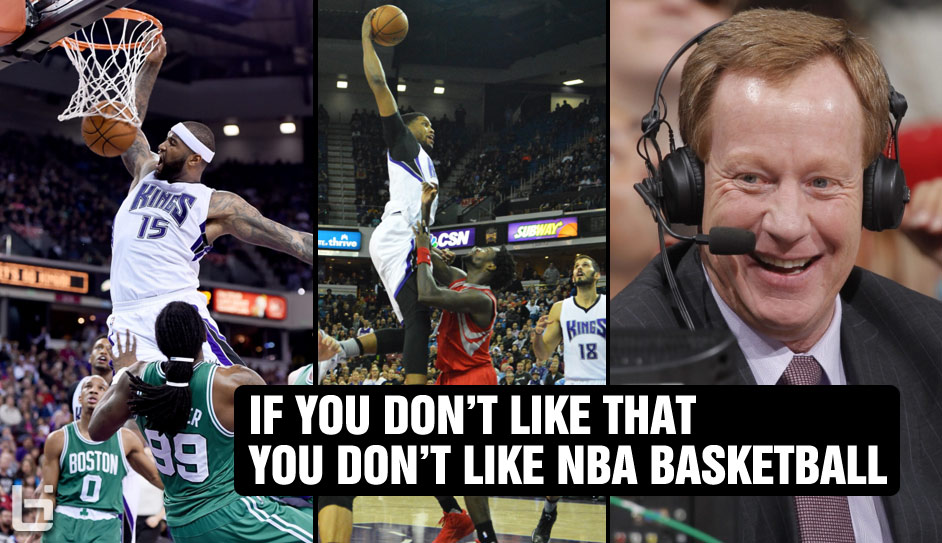