On December 20th of 2008, with Stephen Jackson and Corey Maggette out with injuries, Jamal Crawford stepped up for the Warriors and dropped 50 points on the Bobcats in a 110-103 victory. His latest 50-point game made him the fourth player in NBA history to ever score 50+ points on three different teams; Wilt Chamberlain, Moses Malone, and Bernard King are the other three greats with this accomplishment.

It was a nice bounce-back game for Crawford, after only scoring six points on 3-of-15 shooting the night before.

“I was just out of it yesterday,” Crawford said. “I got mad [at myself] yesterday and I played horribly because of it.”

“I feel like I can pretty much get any shot I want,” Crawford said. “I let people off the hook by settling for jump shots.” 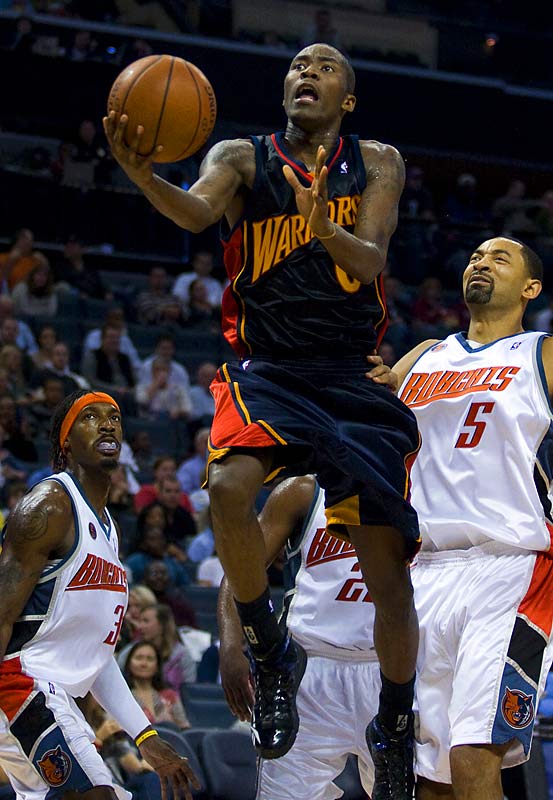 A year before this performance against the Bobcats, Crawford scored 52 points in 39 minutes against the Miami Heat, which included a ridiculous 16 consecutive field goals for the Knicks.

Go to 31:50 mark of the following video to hear Crawford discuss the game and the 19:50 mark to hear him talk about his first 50-point game in the NBA.