So what’s more awesome than an interview with the always entertaining Nate Robinson? How about a trash-talking shirtless guy interrupting the interview to tell Nate he can beat him 1-on-1 and then yelling “Nate, I’ll kick you ass” off-camera. The comment caused Nate to crack up before getting semi-serious and saying, “I’ll bust his ass!”

That hilarious challenger is Raz Nisim Cohen — a former pro basketball player with 5 points in 6 games with Ironi Ashkelon on his resume — who made some local noise last year with this equally funny $5k challenge to Donta Smith.

But don’t take any of this too seriously. After the challenge to Nate, the two took photos and Cohen talked about the moment on Facebook.

“That moment in life when you meet one of the most brilliant basketball players in the history of the NBA, and the shortest of them to ever play.” 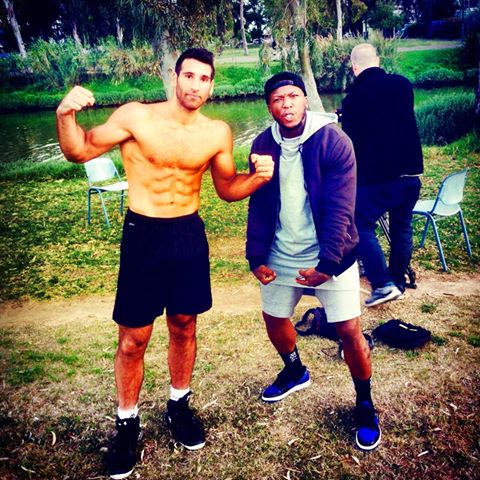 Almost as awesome as every second of everything above is Nate hitting a near half-court shot at the end of his Hapeol Tel Aviv debut.