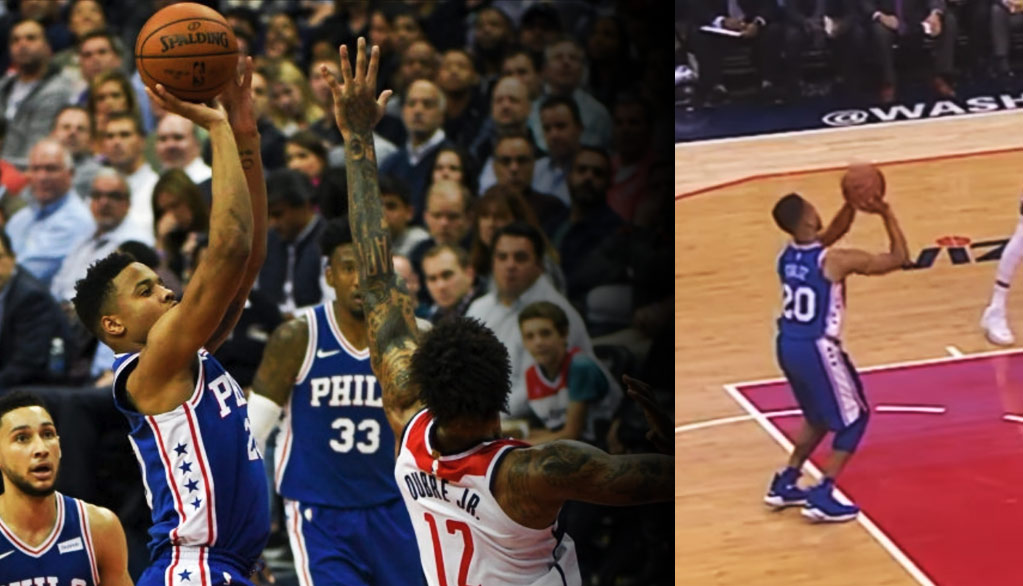 2016 and 2017 No. 1 picks Ben Simmons and Markelle Fultz spent part of Sunday guarding each other and playing together during the 76ers Blue and White scrimmage at the Palestra. The coaches were switching players throughout the scrimmage so that’s why the large crowd of Process fans got to watch their future franchise players go one-on-one at times.

“We’re going to make each other better,” Said Fultzs, who finished with 10 points on 3 for 6 shooting. “That’s what the team needs from both of us … I had fun doing that. I’m pretty sure he did too.”

The Embiid-less scrimmage was eventually won by the White team in OT on a pair of free throws by Nik Stauskas. New Sixer J.J. Redick had a shot to win the game but missed a three at the buzzer.

Others highlights for Sixers fans was seeing former No. 3 pick Jahlil Okafor playing again and showing off his 20 pound lighter frame in the game and Furkan Korkmaz knocking down 7 of 8 shots (5 threes) for 18 points.