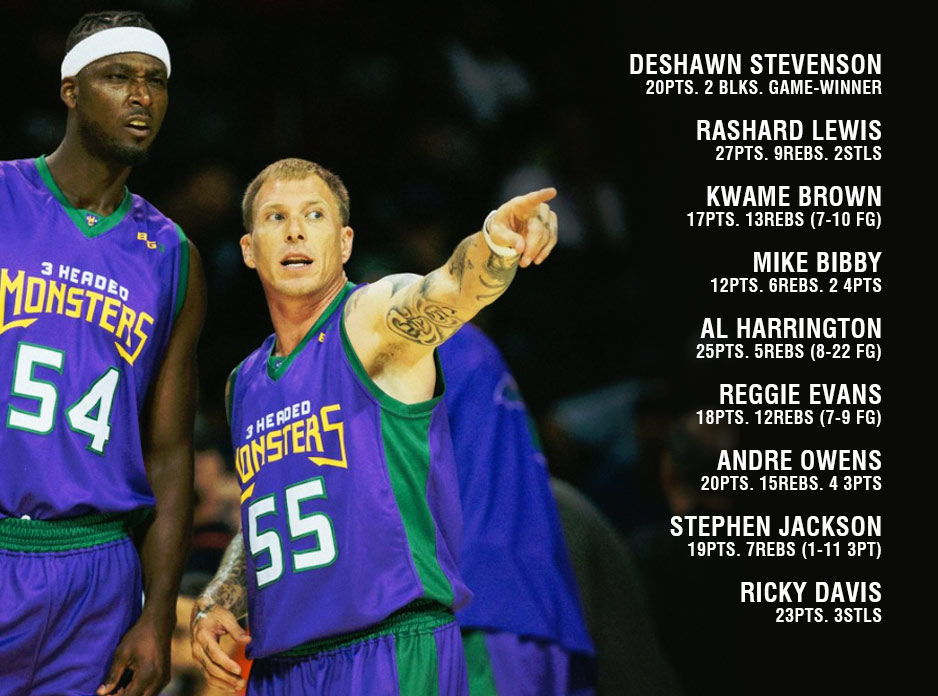 Despite some minor injuries to players like Jason “White Chocolate” Williams and Kenyon Martin and some rust on players like Allen Iverson, I’m calling the debut of The BIG3 league on Sunday a success.

Due to their TV deal with FS1, the entertaining games weren’t streamed live or televised until Monday. If you don’t have FS1, which has been showing the games throughout today, you can catch the best highlights from the games in the recap videos below.

POWER’S DESHAWN STEVENSON WITH THE GAME-WINNING 3

THE RETURN OF ALLEN IVERSON