In the 90’s Stacey Augmon had the nickname “Plastic Man” because he had long arms that seem to extend when going for a dunk on a defender.

The Greek Freak Giannis Antetokounmpo could be the modern version of Plastic Man with his freakishly long arms which are perfect for giving facials like this one on Chris Bosh (sorry, I couldn’t resist) last night or blocking someone, like Chris Bosh, like he did last month.

To go with those long arms he also has matching freakishly long legs which allows him to pick up his dribble from beyond the 3-point line and somehow make a layup right in front of the basket.

Is he traveling? Not if you go by this graphic by @DanWeiner 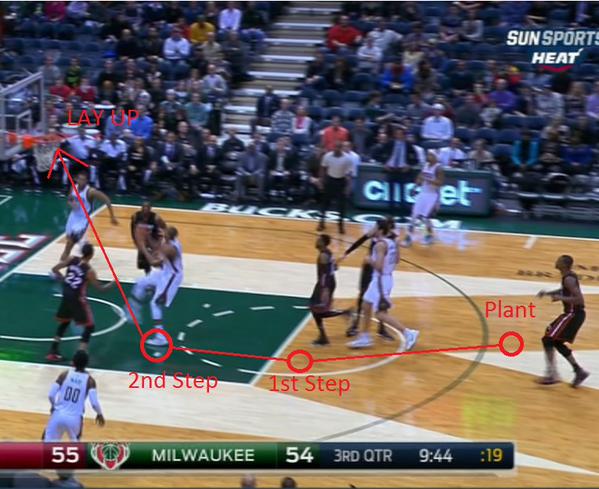 Here’s another example of Giannis taking off from the 3-point line with a Euro-step against the Pistons.