In a normal year, most of the high school basketball industry would be at holiday tournaments and showcases watching and chronicling the best teams and players this time of year. Most of that is off the shelf because of COVID-19. As 2021 rapidly approaches, what’s on the horizon for high school hoops?

As it stands right now, COVID-19 is hitting the country hard and although approved vaccines are now being distributed to essential workers, it will be quite a while (perhaps until the latter part of 2021) that a majority of the American population will have access to one. While 2020 has been an awfully tough year for most Americans, 2021 won’t be anything close to what most in this country would consider “normal”.

For many high school players, the expectations for the 2020-21 season are to survive it, meaning getting the most out of what will be an altered season. Any hope of a season anything like 2019-20 is basically gone. That is unfortunate for seniors and those looking for the best opportunity to play at the collegiate level. Many state associations have begun their season, while others still play the waiting game. Those who are playing know their season can be drastically altered at any time and those that are not playing know the magical “start date” may never come.

Many states associations were originally scheduled to begin play the week of January 4, but there has been plenty of start dates pushed back, and in some instances, drastically altered. The Michigan High School Athletic Association can begin practice January 16 with first game January 22. The Washington Interscholastic Activities Association begins its season February 1. Late last summer, the California Interscholastic Federation announced a March 12 start date for basketball. That was predicated on football (and traditional fall sports) beginning on January 8, which is not going to happen. So for schools in the vast CIF, it’s still a waiting game for winter sports.

The CIF’s is not even the most drastic calendar change in the country, as the Oregon School Activities Association has announced a winter sports calendar that will run six weeks, with practice beginning May 10 and the start date May 17. For some athletes, getting a season in will be a blessing, considering in some parts of the country it’s not always easy to find facilities open for use. For some seniors, however, weighing the options of how to approach this season has been heavy. Some with scholarships in tow, such as 6-foot-5 Reese Dixon-Waters of St. Bernard (Playa del Rey, Calif.), have decided to enroll early in college and forgo their season campaign. Dixon-Waters is currently enrolled at USC. 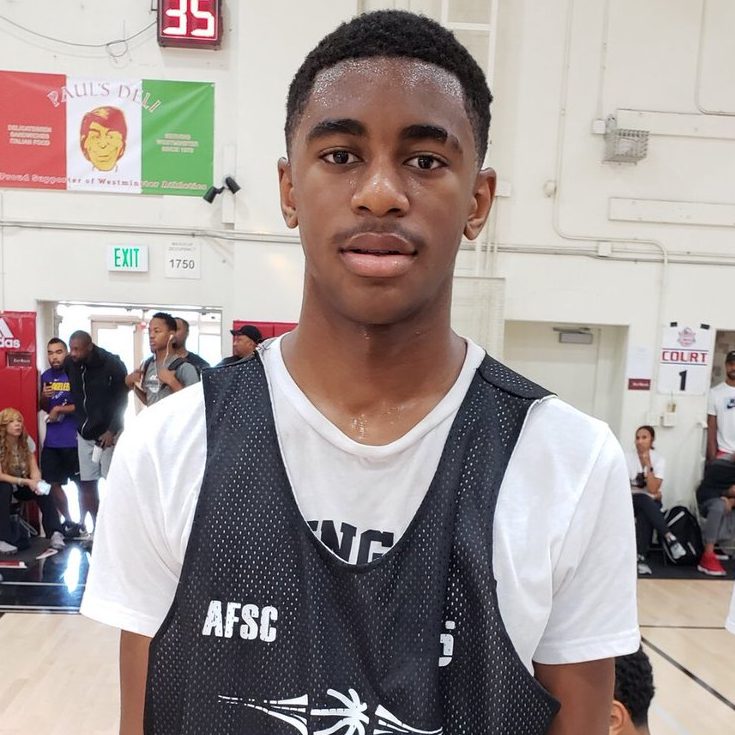 Unlike college basketball, high school players can’t red-shirt or be granted an extra year of eligibility. High school athletes usually spend the spring months preparing for college and plans after high school. There will be some athletes that will be mentally “checked out” by a late spring/early summer high school basketball season. It just isn’t the same as a normally scheduled season (especially with shortened schedules and a smaller availability of opponents across county and state lines). It will be good for underclassmen and lower level squads to get a season in, but there is no way to make up for the time lost since the pandemic broke out across the country in March 2020.

High school coaches are optimistic the 2021-22 season will be fairly normal and event operators are eyeing a return of their events next winter. There won’t be a 2021 Ballislife All-American Game and it remains to be seen if the other major national all-star games attempt to execute their events, considering the fan restrictions.

Division I colleges haven’t put their eyes on high school prospects since mid-March 2020. The NCAA has implemented a recruiting dead period until at least April 15. As it currently stands, college coaches won’t make a live evaluation in over a calendar year. That’s unprecedented in the history of high school and college basketball recruiting.

Usually at this time of year, college coaches are at various holiday events checking out players they hope to have on campus the following fall or taking a look at underclassmen they hope to land in the future. That’s another thing that will be different about 2020-21: D1 college coaches won’t be out evaluating at high school basketball games, or the selected ones that actually happen. Perhaps in the states where a spring season will be played college coaches may be able to drip their heads in the gym, but even then there is no guarantee the NCAA is going to allow coaches coaches out by that time. If they do, college coaches are likely to spend there time at the events with the most prospects relative to their level. Chances are that won’t be at a one-off high school game.

COVID-19 is obviously affecting how colleges recruit and altering what they normally do in a recruiting cycle. D1 coaches are offering 2021 and even 2022 prospects without having seen them in a live setting. Even if they have seen a prospect in person, that young player likely isn’t the same player he was in February or March of 2020.

There is going to be many recruiting mistakes made in the 2021 cycle and some deserving players that go under the radar. That happens each and every year, so this year it will be more prevalent because of the existing conditions. When in doubt, recruiters are going to rely on their strengths (as it relates to player profile and region) because of how the virus has altered their reality.

It’s going to take a few years for the college recruiting cycle to return to some sense of normalcy because of the extra season of eligibility players have been awarded and because of the “blanker waiver” that recently went into affect that allows D1 student athletes across all sports to transfer and compete immediately this season. That alone is going to alter colleges recruiting strategy, much less not being able to see potential prospects in person.

What high school state associations are trying to be cognizant of is creating a situation where the following (2021-22) sports season is affected by the decisions made for this current school year. For instance, there is a cut off date where high school football cannot start after, or it will begin to affect football in fall 2021. Basketball is not as stringent in that timetable, but the travel ball factor looms. Players obviously want to get a high school season in, but they definitely want to have a somewhat normal spring and summer travel ball season after there wasn’t one in 2020. As it stands now, the CIF is allowing players to simultaneously play both high school and club ball should it go forward with its season in March.

In the big picture, there will be a new “normal” in college basketball recruiting, just as in other aspects of life. Yes, D1 college coaches will eventually get back on the recruiting trail, but some of the habits or techniques they picked up during the pandemic (Zoom meetings, stream evaluating, etc.) are well received and here to stay.

The key for 2021 high school graduates is to stay positive and optimistic, keep all options open and, most of all, be realistic about the next move. For some, a year of prep school or even junior college will have to be considered more strongly.

Everyone part of the high school and college recurring landscape has had to adjust, and the players that adapt the best and prepare for the various scenarios that may occur in 2021 will be the ones most likely to succeed in a competitive and cutthroat business.