1 week after saying goodbye to AK-47, we have to say good bye to the Oak Cliff Bully Kenyon Martin. After 15 seasons, the former #1 pick of the New Jersey Nets is hanging up the sneakers.

“It’s been a great 15 years,” Martin, 37, said to Yahoo. “Thanks to all the fans that supported me over the years. But a time does come when you have to walk away, and the time is now for me. I’m ready for the next chapter of my life. I would like to thank the Nets, Nuggets, Clippers, Knicks and Bucks for the opportunity to play the game that I love. […] It’s been real. Thanks for the love.”

I have a lot of great memories of Kenyon going back to his killing the rim Cincinnati days but my favorite memory is when he wanted to kill his Denver teammates after they filled his brand new car with a bunch of buttered popcorn. Here’s a sound recording of Kenyon coming into the locker room and threatening whoever did it.

Here’s Chauncey Billups on “Highly Questionable” telling some funny stories about Kenyon including the story about the prank and revealing it was JR Smith’s life he saved.

It was only right that Billups help Smith since Smith was willing to give up his number to Billups when he joined the team.

And here’s an annoyed Martin telling an annoying member of the media he needs to talk to JR if he wants to know about JR because he and the team are fine with him. 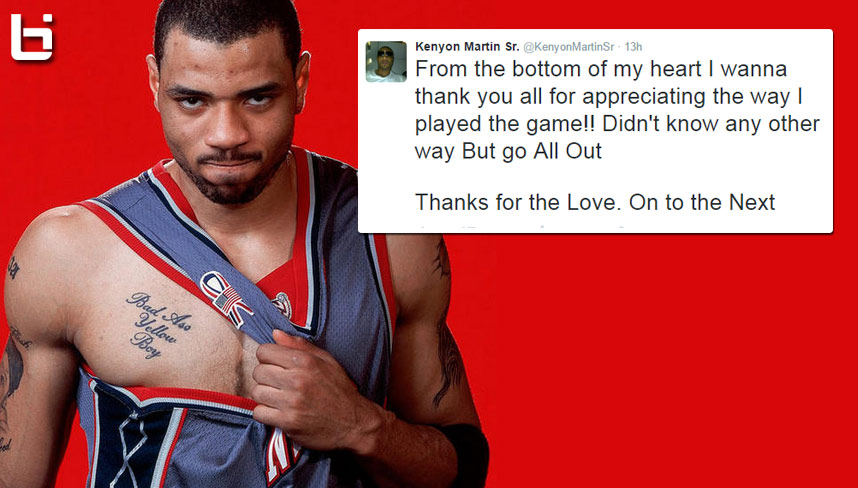