We get a lot of criticism for just showing and promoting mixtapes of young kids like Mike Miles in 4th grade, Chase Adams in 7th grade and more recently 10 year old LeBron James Jr. I understand where that criticism is coming from and respect those opinions, especially since I’m a father of a couple of kids who play sports, but I personally don’t have an issue with profiling an exceptional child athlete, or a child movie star or a child genius, who is doing something special at their age. What I do have a problem with and think is ridiculous are colleges who are willing to offer full-ride scholarships to these child athletes. LeBron James senior seems to be in agreement as he spoke to the media before the Cavs/Pistons game about 10 year old Bronny getting offers.

“Yeah, he’s already got some offers from colleges,” James told the media during Cavaliers shoot-around prior Tuesday’s game against the Pistons. “It’s pretty crazy. It should be a violation. You shouldn’t be recruiting 10-year-old kids.”

Bronny hasn’t even reached middle school yet, but he’s already shown flashes of greatness — flashes that remind James of himself at that age.

“He plays just like I did,” James said. “He has great awareness, and he’d rather pass first and set guys up. Most kids nowadays just want to score.”

I still remember the time when unless you were a man-child like Shawn Kemp or Kevin Garnett, a standout high school player wouldn’t even get a scholarship during his junior year.  Now these financial institutions (i’m still waiting for crash similar to housing bubble) are willing to give a free ride to kids who haven’t even hit puberty. 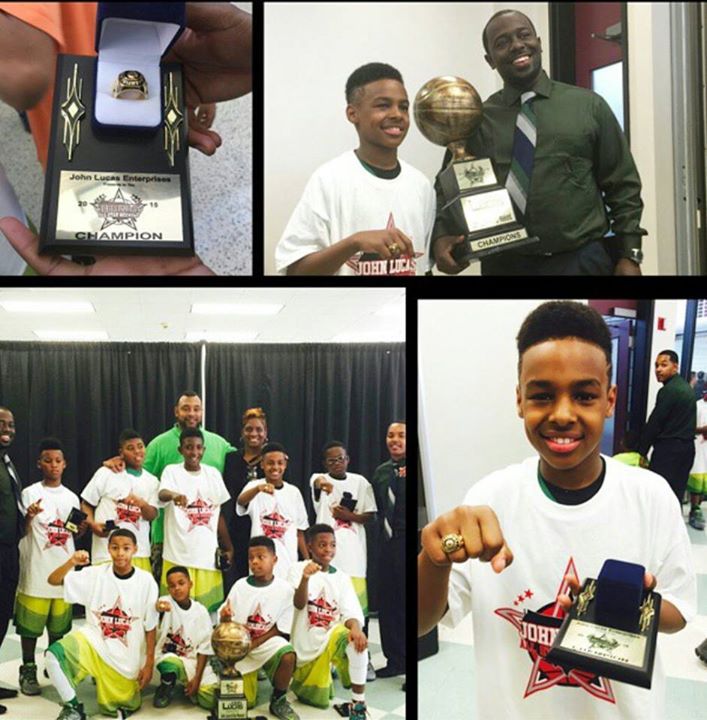