Out of all of the great highlights from this weekend, my personal favorite might be seeing Thanasis Antetokounmpo throw down a “540” dunk in the D-League dunk contest and then celebrating with his brother afterward. You are probably thinking WHY!?

So earlier in the day, we had the pleasure of hanging with Thanasis and his brother, Giannis, who helped him prepare for the D-League contest. During the practice session, Thanasis might have attempted the 540 (which is really a 360) 5 or 6 times until he got one down. Then each attempt after, he got a little more comfortable and the dunks got a little cleaner and powerful. Then when it was time for him to do it in the dunk contest, he nailed it on his first try.

Same goes for his next dunk, but a messed up elbow attempt in the 2nd round and a couple of really sick dunks by Jarvis Threatt resulted in a loss by Thanasis.

But just like the night before, the supportive brothers looked like winners as they were all smiles with fans screaming for the Greek Freaks.

Be on the lookout for a short film we will be putting out about the brother’s dunk contest experiences this past weekend. 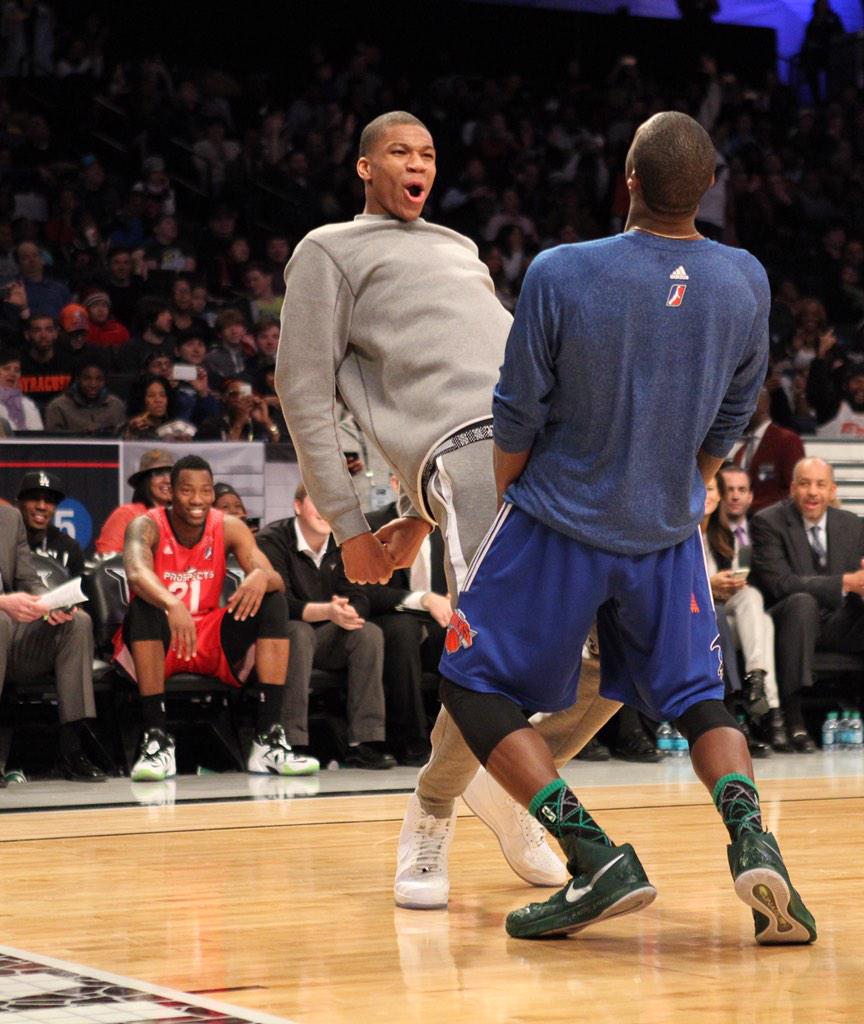 A lot of people are calling the very impressive dunk by Victor Oladipo the “Victor Oladipo 540” but we have to give a shout out to Ballup’s Air Up There aka Mr 720 who was the first person we have ever seen throw down the dunk. He did it back in a Sprite Showdown contest in Dallas (when it was over 110 degrees) and then did it again during the 2011 NBA All-Star weekend.