As we ring in the New Year, there are four new teams in the third edition of the FAB 50 National Team Rankings powered by Ballislife.com for the 2020-21 season. The rankings news, however, is still dominated by who is playing and who is not, and the prospectus of which teams will eventually get their season underway with COVID-19 looming.

Since the FAB 50 got off the ground over 30 years ago, the first update of the New Year is usually volatile because of the results of the plethora of holiday tournaments across the country involving ranked teams. Because of COVID-19, of course, many of this season’s top tournaments were cancelled, which meant there were less big-time match ups involving elite teams over the holiday break.

The long-running Beach Ball Classic in Myrtle Beach, S.C., is one event that continued on and was responsible for some of the changes in the updated FAB 50 National Team Rankings powered by Ballislife.com. This week there are four newcomers, including No. 18 West Oaks Academy (Orlando, Fla.), the champions of the BBC’s Winter Jam National Division.

The Flame bested Word of God Academy (Raleigh, N.C.), 83-73, Winston Salem Christian (Winston Salem, N.C.), 70-46, and previous No. 18 Combine Academy (Lincolnton, N.C.) in the title game, 69-65, to move back in the nation’s longest-running rankings after dropping some early games while nursing injuries to key players. Talented sophomore forward Matthew Bewley led four West Oak Academy players in double figures with 20 points and eight rebounds in the title game. Senior Justin Neely added 18 points for the Flame, who got 18 points and 12 rebounds in the semifinal win over Winston Salem Christian from Bewley and 18 points from A.J. Neal in the quarterfinal win over Word of God. 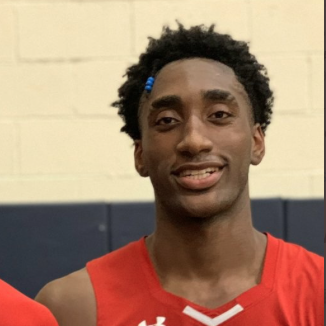 West Oaks replaces Combine Academy (who has split games with talented Moravian Prep of North Carolina) at No. 18 while Jeff McGinnis’ club drops to No. 27. Combine Academy defeated the Baltimore Panthers (a club made up of players from St. Frances Academy) in its semifinal contest.

“Our team has battled a lot of injuries throughout the season, but I am staying positive because it is a blessing to just be able to play,” West Oaks Academy coach Kenny Gillion said. “We have no problem following protocols of wearing masks, sanitizing and taking mandatory COVID-19 tests.”

The winner of the traditional BBC bracket was Milton (Ga.), which won four games in Myrtle Beach to capture its first tourney title since 2011. Bruce Thornton, a talented junior already committed to Ohio St., had 22 points, six rebounds and five assists to pace the Eagles in their 70-57 title game victory over No. 37 Calvary Christian Academy (Ft. Lauderdale, Fla.). Milton had seven players score seven or more points in the win over a team that whose only other losses are to FAB 50 No. 1 Montverde Academy (97-77) and to No. 2 IMG Academy (69-62)

Thornton averaged 21.0 ppg and 5.0 rpg in Milton’s four victories. Making Allen Whitehart’s club tournament title even more impressive was the fact it won the championship game without talented sophomore guard Kanaan Carlyle, who sat out because of an injury. When Milton last captured the BBC in 2011, it finished the 2011-12 season 31-1 on-court and No. 7 in the FAB 50.

The other big news is the plethora of teams that have still not officially started their season and those that may never get to. Many state associations were originally scheduled to begin January 4, but there has been some pushback to that while some associations are sticking with that date.

Privately, some coaches on the Eastern Seaboard and the far West Coast are not terribly optimistic their season will get off the ground. Some school districts are ready to move forward, but communication from local health departments and government offices has been frustrating for them. Some coaches Ballislife.com talks to at least a few times per month to get updates on their receptive team also expressed their frustrations on how the season can be rolling along in some states like COVID-19 doesn’t exist, while the Pandemic is treated quite differently in others.

In Illinois, four parents decided to su Governor J.B. Pritzker and the Illinois High School Association (IHSA) over the cancellation of winter sports.

The season is moving along, and starting later this week some of the nation’s elite teams will enter a bubble situation at the National Interscholastic Basketball Conference (NIBC) St. James Invitational in Springfield, Va. A plethora of showcase games are scheduled between January 8-18 and we’ll have more details on that event later this week on Ballislife.com.