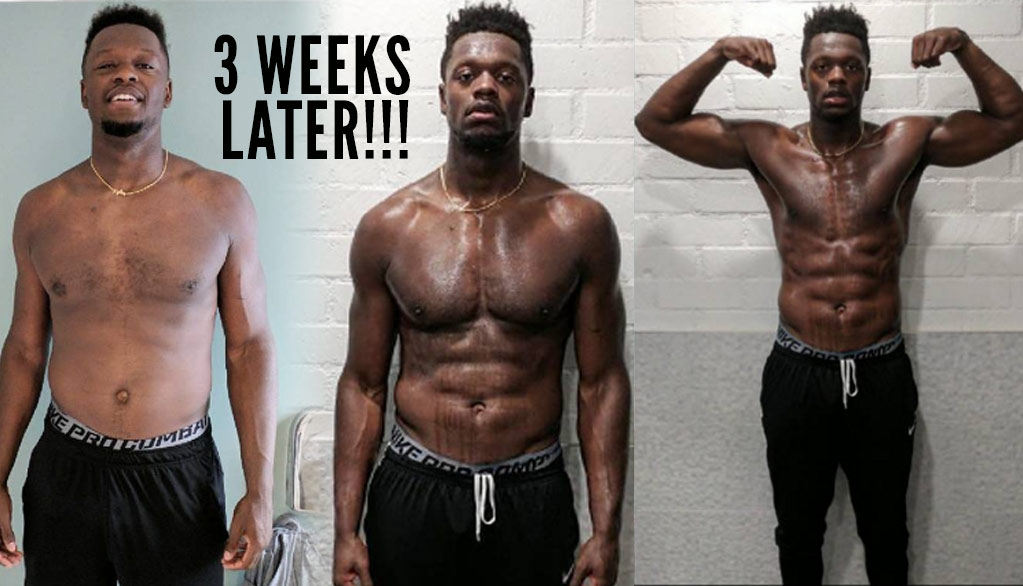 When I heard Magic Johnson say every member of the Lakers is available except Brandon Ingram, the first thing I thought was some teams need to start putting together a deal for Julius Randle. After Magic and his staff sees the effort and summer transformation of Randle, they might be scratching his name off any Paul George and draft night trade ideas.

The above image is a before and after of Randle getting blacker. Just kidding, it’s showing the impressive body transformation of Randle after just three weeks of working with “transformation specialist” Amoila Jamil Cesar (not to be confused with Cesar the dog whisperer).

Here’s a couple vids showing how the “Juggernaut with handles” earned those abs, while working out with a gold chain like a young MJ, who also wore a gold chain while competing in a dunk contest.

WORKING ON HIS SHOT

And if all this off the court stuff with Randle isn’t impressive enough, he’s been putting a lot of work into his shooting with shot coach Andrew Olson. And keep in mind, this guy just recently became a father so he’s doing all this while getting a few hours of sleep each night.

Last season, Randle shot a career-high .488 while averaging a career-high 13.2 points per game to go with 8.6 boards and career-high 3.6 assists (double his previous year). He put up 32 against the Rockets on 13 for 17 shooting, had three triple-doubles and three other games when he was just two dimes away from one. If he’s still wearing purple and gold next season and the Lakers do draft Lonzo Ball, I’m expecting Randle’s assist numbers to drop but at least 15 and 10 a game and at least a couple more “don’t f with  me moments.”

Here’s a few more workout vids of Randle over the years.