So what does it take to make Russell Westbrook smile and enjoy a post-game interview? How about an opportunity for him to roast Charles Barkley.

“He might be the worst dresser on that panel,” replied Westbrook when David Aldridge pulled out an infamous pic of Barkley in 92. “By far. It’s not even close. Chuck is terrible.”

How terrible? Let’s look back at a few of Barkley’s most “turrible” outfits, starting with these suits from his afro-wearing days in high school. 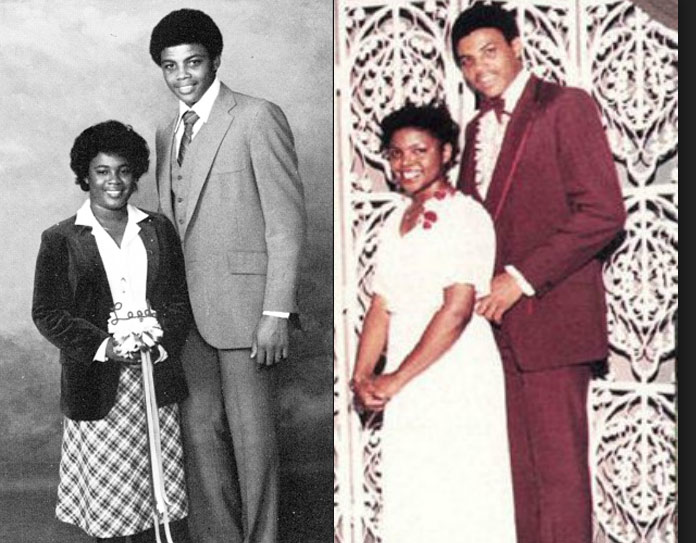 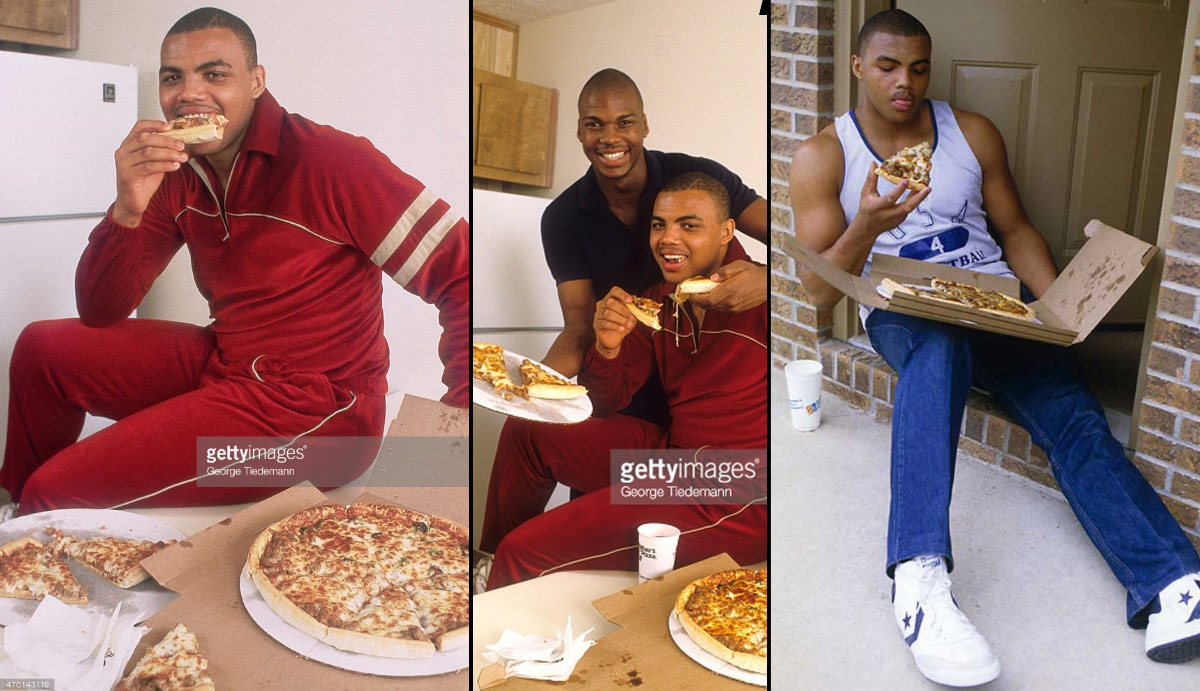 Apparently the Round Mound of Rebound was a big fan of eating pizza while leading the SEC in rebounding as a 6’6 center. Shout out to the Rifleman Chuck Person!

Barkley wasn’t happy about being drafted to the 76ers during the great 1984 draft. If that wasn’t bad enough, he had to be drilled with questions about not making the Olympic team and being overweight while wearing one awful suit. 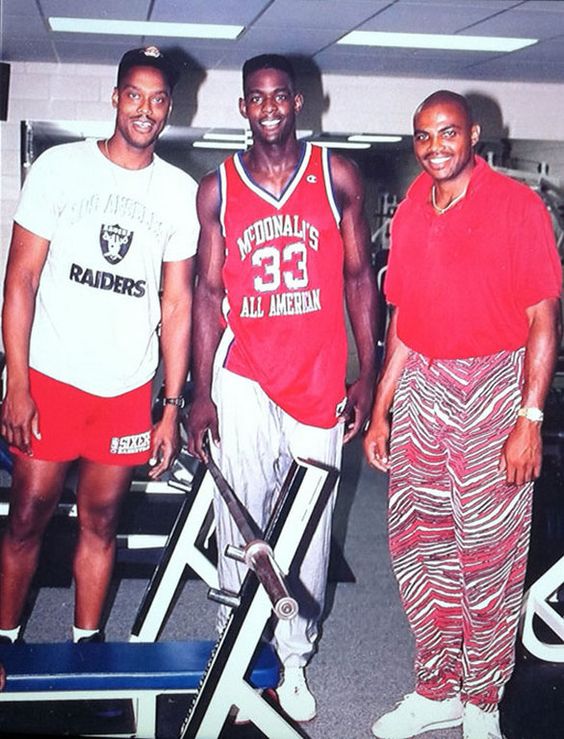 Barkley and Chris Webber have had their memorable moments. Most will remember when a rookie Webber went behind his back and dunked over Barkley. Some might remember Barkley getting revenge by dropping 54 points (27 in the first quarter) on Webber in the 1994 Playoffs.  I’m sure Webber remembers both of those encounters and the pants Barkley was wearing when they first met during Webber’s high school days.  Shout out to Rick Mahorn!

ANYTHING LESS WOULD BE UNCIVILIZED

There’s nothing wrong with the outfit but this throwback was too good for me not to use.

In the early 90s, Barkley did a bunch of commercials for Right Guard deodorant and here’s his most memorable one with the line, “off to the foxes.”

LOOKING FOR A MAP 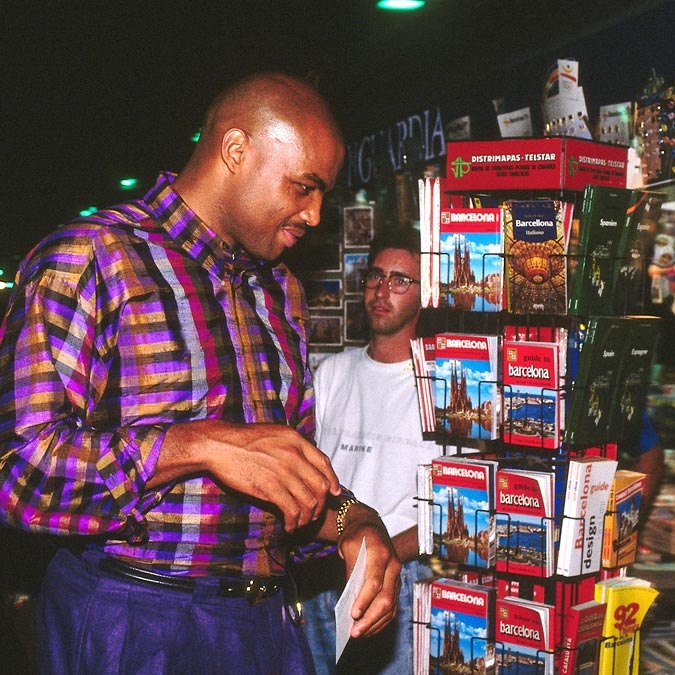 This pic came during the Dream Team’s visit to Barcelona. It looks like he’s looking for a local map and hopefully directions to a clothing store. The expression on the guy in the back says it all. 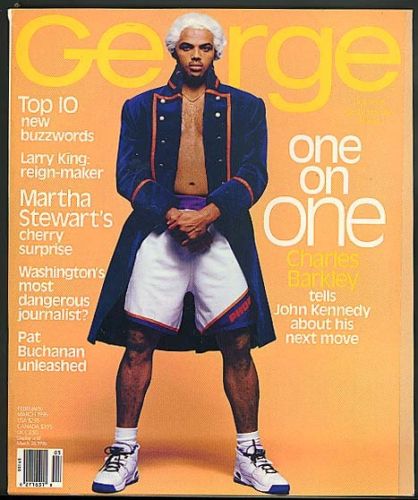 I know it’s George magazine and they needed an eye-catching cover but this was just awkward. And speaking of magazine covers, here’s his controversial SI cover photo for the “Charles Unchained” issue. 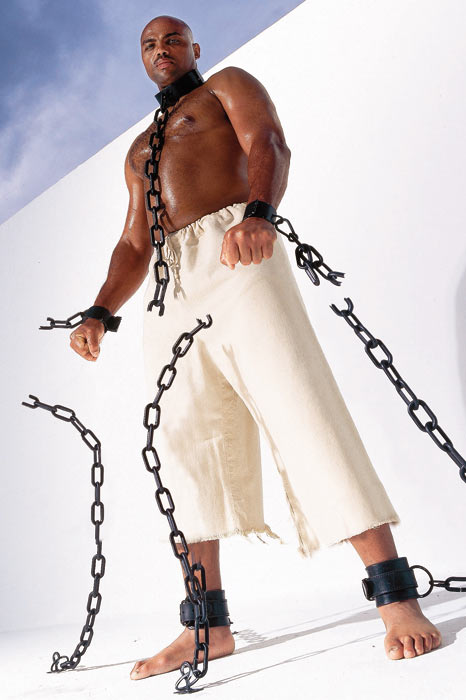 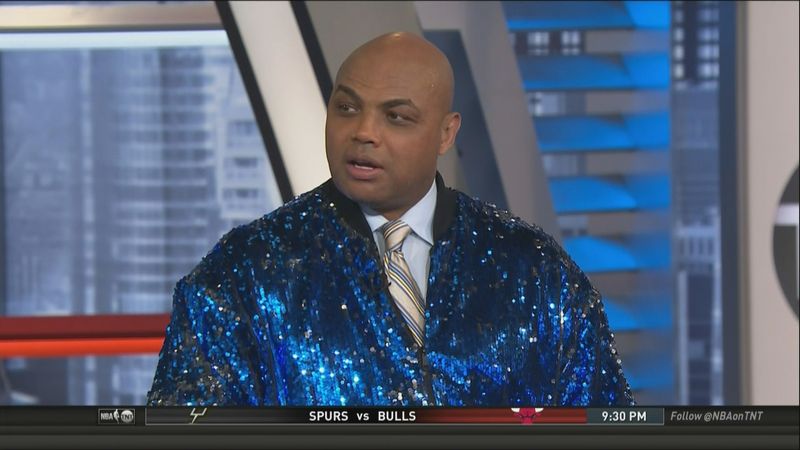 This jacket supposedly belonged to Shaq and Barkley wore it during an episode of Inside The NBA. Maybe he was honoring Elton John that night. 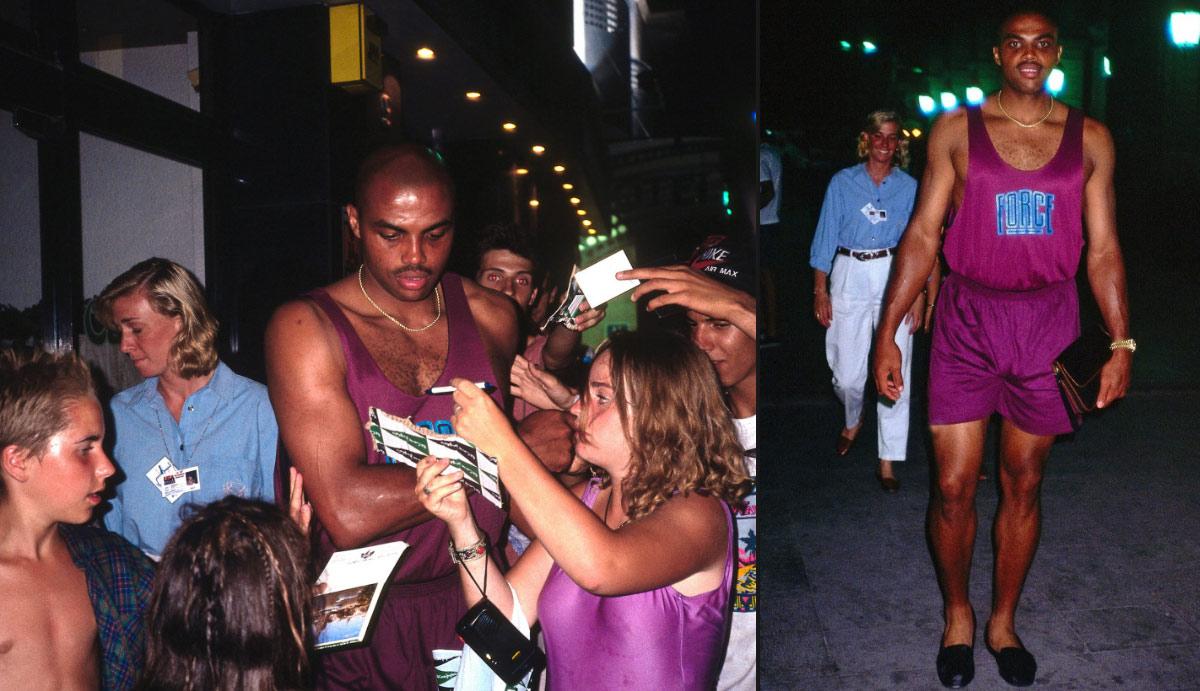 This is the most famous fashion mistake by Barkley and the one Russell Westbrook had a laugh at. Despite the outfit, it didn’t stop the fans in Barcelona from trying to get his autograph while slipping him their phone numbers. 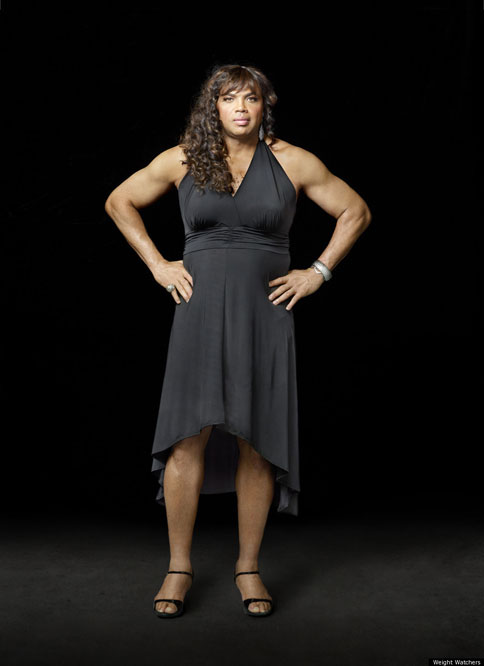 By far the worst look on Barkley is when he tries to look like those Churros-eating women in San Antonio he’s always making fun of.  There’s this “Loose Like A Man” Weight Watchers’ campaign and there’s the time he played Alicia Keys on SNL.